The owner of London’s Chelsea soccer club is now officially a new oleh (Israeli immigrant), and the richest man in the country at an approximate worth of $12.5 billion.

Russian Jewish tycoon Roman Abramovich decided to abandon the UK after being unable to extend his visa due to the diplomatic brouhaha between Britain and Moscow. He landed at Ben Gurion International Airport on Monday morning.


According to Hebrew-language media the 51-year-old billionaire received his blue Israeli identity card (teudat oleh) under Israel’s Law of Return after having applied for citizenship last week while still abroad.

Speaking to Israel’s Channel 10, a spokesperson said, “Roman Abramovich arrived at the Israeli embassy in Moscow like any other person. He filed a request to receive an immigration permit, his documents were checked according to the Law of Return, and he was indeed found eligible.”

Abramovich will live in Tel Aviv’s Neve Tzedek neighborhood in a former hotel he purchased from actress Gal Gadot. 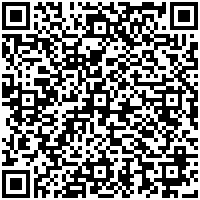