A car accident was reported on Ha’Atzmaut Street in Ashdod last Sunday night after two cars had slammed into each other. United Hatzalah volunteer EMT Tal Mor who was at home with his son playing with Lego blocks, received the emergency alert. He apologized to the boy and rushed on his emergency e-bike to the scene of the accident.

At the same time, a few streets away, United Hatzalah EMT Shalom Oberlander was out with his wife shopping for new shoes—one of her heels had broken. Then Shalom’s communication device sounded the alert and he, too, apologized and hurried in his car to the scene of the accident.


Tal arrived in three minutes and saw that there was already an EMT at the scene, but on the way, he had received an alert about an unconscious person not far from the accident so he continued to that address, where he found a 65-year-old man who had collapsed in front of his children. The first EMT at the scene, Tal grabbed his medical kit from the e-bike and rushed into the apartment, checked for a pulse and found none, and started CPR. A minute later, Shalom was there and joined the resuscitation efforts.

They worked in tandem, alternating performing chest compressions and assisted ventilation on the unconscious man. Over the next few minutes, three other United Hatzalah volunteers arrived and assisted in the effort, rotating the compressions among them seamlessly. They were soon joined by a mobile intensive care ambulance team who attached a heart monitor only to find that the man’s pulse had returned. Twelve minutes had passed from the time Tal had entered the apartment until the man was brought back to life.

Tal Mor works as Sales Manager for a manufacturing company Shalom Oberlander is a carpenter for Ikea. Both have been volunteers with United Hatzalah for several years and both have performed their share of CPRs.

Shalom recalled becoming a volunteer EMT three years ago, following the death of his grandmother. “When my grandmother passed away, I knew that I wanted to spend my time helping others to hopefully prevent the pain and loss that I had gone through.”

Shalom added, “My brother has been a volunteer with the organization since its inception. My entire family is involved in the medical field in some fashion, it’s an ethos that we have grown up with. Something pulls people like me to this field, so we can help others.”

Tal added, “Whenever someone can save a life and is successful at it, it’s an incredible feeling, but frankly, anytime I can help a person it gives me a good feeling. I get satisfaction from making a difference and helping others.” 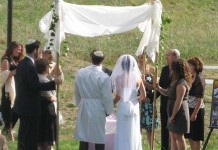 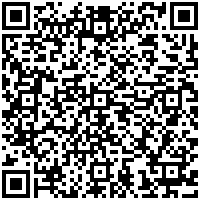