Ashdod Police last week discovered a marble pillar on the beach, which may have been used to support a Byzantine church that stood there some 1,500 years ago.

IAA Director Eli Escozido says “the column appears to have been uncovered following recent rains in the area,” noting that “any such discovery adds another piece to understanding to the cultural puzzle of Israel in ancient times.”

Officers Itai Dabush and Sagiv Ben Gigi were patrolling the Ashdod beach and ran into the pillar that was sticking out of the dunes. They called the municipal hotline, which in turn called the IAA.

Excavations in Ashdod, one of several prominent Philistine cities reported in the Bible, began in 2013, directed by Dr. Alex Fantalkin of Tel Aviv University Institute of Archaeology. In the summer of 2017, the archaeologists unearthed a church compound dating back to the Byzantine period. The finds included tombs bearing memorial inscriptions, including the tomb of a female Christian martyr.

Ashdod possessed an ancient port which was called Ashdod Yam (Ashdod-on-the-Sea, Azotus Paralus in Greek), which today is on the southern beach of Ashdod, It dates back to a time when Ashdod was a major coastal city in the Byzantine empire.

The Meidva Map (a sixth century, CE, mosaic in the Byzantine church of Saint George in Madaba, Jordan, which contains the oldest surviving original cartographic depiction of the Holy Land) distinguished between inland “Ashdod of the Horsemen,” and the bigger coastal town “Ashdod-on-the-Sea.”

IAA archaeologist Avi Levy says “it’s not inconceivable that the column that was exposed belonged to an ancient church that’s depicted on the map of Meidva.” 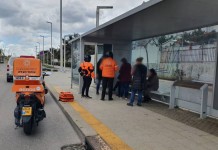 Saving Lives in Ukraine and Then Again in Ashdod 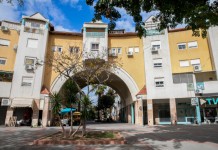 Where Am I: Feeling Yellow 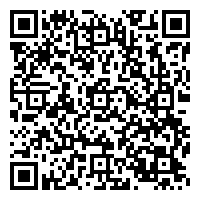