Bar-Ilan University on Wednesday issued a statement clarifying that Israeli flags can be put up anywhere on campus after the company managing the university’s dormitories sent a letter to students prohibiting hanging Israeli flags.

The Electra Group company, which manages the dorms of Bar-Ilan University, sent an email at the end of February to students that prohibited them from hanging Israeli flags in the dorms.

The following are a few rules regarding hanging flags and other objects outside your apartment windows and door:

These instructions also pertain to the apartments whose windows are turned on the interior side of the building.


After the email was reported on by journalist Amir Ettinger of the Srugim news outlet, student activists of Im Tirtzu organized a demonstration on campus and distributed hundreds of flags in the dorms.

Following the outcry, Bar-Ilan University issued a statement assuring students that there was no prohibition on hanging Israeli flags.

“Following the reports of Amir Ettinger, the university administration would like to clarify: Israeli flags can be hung anywhere on campus, including in the dormitories. Bar-Ilan University is proud that Israeli flags have been accompanying its activities throughout the years. The message distributed to residents of the dormitories by the management company was not the opinion of the university administration.”

“This is an important victory for Zionism,” said Rosengarten, “and we are glad that Bar-Ilan University clarified the issue.”

“Anyone who views the Israeli flag as a provocation does not understand the essence of our existence here,” Rosengarten added.

The Electra Group responded: “These are international dorms where students from different communities and countries live. Our directive that pertains to all flags and symbols is only valid for the dorm area to protect the delicate social fabric in which the students live.”

You know it’s code for Arab students. Who else would be offended by students who raise their national flag in their home country? 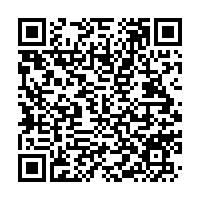