Former Prime Minister Ehud Barak, who has recently reentered politics, is under attack for his ties with Jeffrey Epstein, the American businessman who is suspected of assaulting minors.

Seeking to distance himself from Epstein, Barak stated over the weekend that he has ordered his lawyers to reexamine the business contacts he shares with him.

Barak clarified that “for nearly five years, a company connected to Epstein has been a passive financial investor in a limited partnership that is legally registered in Israel and under my control. Each investor in the partnership is subject to the same commercial contract.”

“As soon as the current charges about Epstein were known, I instructed my lawyers to examine our options for removing the company associated with Epstein from the Limited Partnership,” he stated.

Barak has been under fire for his connections with the businessman, ties he maintained even after Epstein served time in 2008 for solicitation.

Barak announced earlier this month that he was running in the September 2019 elections with an explicit objective of replacing Prime Minister Benjamin Netanyahu.

Seeking to garner votes from the left, his Democratic Israel party is currently doing poorly in the poles. 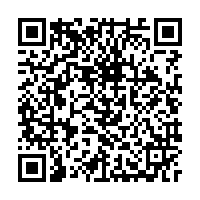