Some 1,200 policemen and Border Police troops raided multiple locations in the Negev in the south on Wednesday in an operation targeting criminal gangs in the Bedouin sector.


The operation, which lasted throughout the day, put an emphasis on drug offenses, weapons, and violence in the Negev and in the city of Be’er Sheva.

Wednesday’s massive sweep was the conclusion of lengthy preparatory work in marking the targets of the perpetrators of crime.

During the operation, over 40 suspects were arrested or detained, two Carlo submachine guns were confiscated, as well as parts of weapons, cartridges and ammunition.

Over 20 kg of cannabis ready for distribution were found, and cannabis greenhouses with thousands of seedlings were destroyed. The crime gangs use the vast open spaces in the Negev, including the IDF’s training grounds, for the massive growth of drugs.

Traffic cops targeting road bullying and life-threatening offenses wrote 70 reports and took off the road 20 vehicles due to mechanical defects. Another 21 vehicles suspected of being stolen were towed.

In the sphere of environmental protection, three full trucks were stopped for dumping waste illegally.

All the findings were submitted for examination by enforcement additional authorities involved and accompanying the State Attorney’s Office.

Minister of Internal Security Omer Barlev stated that the operation “is unprecedented in the south. This is the third operation in the south involving hundreds of police officers in a matter of weeks.”

“We moved from defense to attack. Whoever endangers you, you do not wait for him to come to you – you come to his house and attack him there,” he declared.

“But I am not overjoyed by the success of this operation, successful as it may be, and there is no doubt that it was successful. Our struggle to restore security to the residents of the south is long, difficult, and will be continuous with quite a few ups and downs, and it will take time. And we will succeed,” he concluded.

The Arab sector across the country, in general, has been suffering from a wave of violence in recent years, with some 115 murder victims counted since the beginning of 2021.

In the south specifically, the police have been contending with Bedouin crime families and organizations.

The State Comptroller released a report in August warning that the Negev is plagued by the lack of enforcement, invasions of IDF training grounds, crime on the roads, collection of “protection” money, water and electricity theft, vandalism, damage to government infrastructure, poor education, unforced polygamy, and environmental damage and health hazards.

The report indicates that national utility corporations contend with hundreds of incidents of sabotage and theft in the Negev each year. Apart from the direct damages amounting to hundreds of millions of Shekels in stolen water and electricity, and the loss of tax income had these commodities been consumed by law-abiding customers, the utility companies are forced to invest heavily in security.

The government has been working on various programs to contend with this problem. 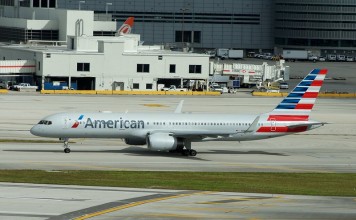 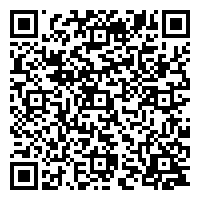