Following Tuesday’s tragic deaths of two young Bedouin children in an explosion in the Negev illegal village of Al-Zarnuk near Be’er Sheva, the Regavim organization on Wednesday called on law enforcement authorities to take immediate action to prevent the theft of munitions from IDF bases by the Bedouin community in order to avoid future tragedies.

Initial police reports indicate that the two children, ages 10 and 8, were handling some sort of explosive device when it accidentally detonated, killing both. Police were clear that the incident was not a gas explosion or another type of domestic accident.

Meir Deutch, Regavim’s Director of Policy and Knesset Affairs, issued a statement saying: “For years our organization has been monitoring incidents in which Bedouins steal all types of materials from IDF bases in the Negev, in order to sell them, to make money. We have repeatedly warned officials of this illegal activity, hoping to prevent the type of tragedy we witnessed yesterday. Hopefully, now, unfortunately, with the snuffing out of two young lives, action will be taken to prevent the next senseless deaths or injuries.”

Deutch added that Regavim had filed a petition stating that Al-Zarnuk was built illegally on private Jewish Land and therefore its residents should be relocated to a legal town. It was rejected by the Supreme Court.

The tribe in question, Abu Queider, has been asking to be moved to the Bedouin city of Rahat, but the mayor has been blocking the move, according to a Regavim spokesman.

“If the residents were living in a recognized town with proper facilities, education, and law enforcement, chances are these kids would have been playing in a playground, and wouldn’t have been messing around with explosives.” 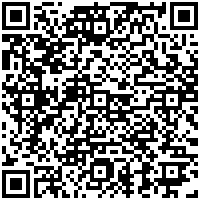