Rightwing party Otzma Yehudit (formerly Otzma LeYisrael) headed by Michael Ben-Ari, Aryeh Eldad, Baruch Marzel, Itamar Ben-Gvir, and Zvi Sukkot is one of the few political groups in Israel with a delightful—albeit caustic—sense of humor. A few year ago, they tested Israeli leftists’ taste for true equality by paying for a group of Sudani illegal migrants to swim in the Gordon pool in north Tel Aviv (needless to say, the locals, who love preaching equality to others, didn’t like it). This time around, the Otzma folks (the word means power) set their crosshairs on one Dina Zilber, who serves as Deputy Attorney General for Public-Administrative Law at the Justice Ministry.

Zilber made headlines last June, when she instructed the Tel Aviv municipality to cancel a contracted and paid-for Chabad assembly where men and women were going to be asked to congregate separately. Zilber was also behind an opinion calling to eliminated separate days for men and women in public beaches, despite the fact that these beaches are anchored in state law. Writing in collaboration with the Reform movement in Israel, Zilber argued that having to walk on the outskirts of such a beach constitutes public humiliation.


A few days ago, the first municipal pool was opened in the Bedouin city of Rahat, in the Negev, and it was going to be operated in complete segregation between men and women. The Mayor of Rahat, Talal al-Krenawi, rejected the suggestion of adding a time slot for families, when men and women could swim together.

Enter Attorney Itamar Ben-Gvir, who filed a petition with Zilber’s office, saying that “while Otzma Yehudit is in favor of separate swimming, and its leaders indeed conduct segregated sports activities, the petition regarding the pool in Rahat is done in light of Dina Zilber’s policy.”

“We therefore found that the violation of fundamental rights is disproportionate,” Ben-Gvir argued, “For although the principles of tolerance and pluralism require tolerance for the unique ways of life of different communities within the framework of individual and community life, this tolerance does not allow for a system of values based on the exclusion of women from equal participation in civil life, even if, ostensibly, there are women who want or agree to these patterns of life.”

Lo and behold, it worked. Deputy Attorney General Dina Zilber on Sunday accepted the Otzma Yehudit argument and informed the Rahat municipality that the new swimming pool, which was recently built in the city with public funds, could not be operated with separate swimming hours for men and women.

Zilber suggested in her Sunday’s letter to the city’s legal adviser that she sees no way for the High Court of Justice to give its blessing to the Bedouin segregation.

Ben-Gvir and Ben Ari are preparing to go Arab community by Arab community and equalize the daylight out of each one of them, until the entire Arab population of Israel is stuck in High Court petitions and appearances and legal costs. It’s a clever—nasty, too—use of new age PC liberalism against itself, and it has to be the ultimate and most literal application of the adage, “What’s good for the goose is good for the gander.” 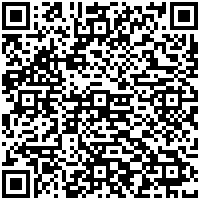