On Wednesday afternoon in Be’er Sheva, a woman found her 79-year-old husband lying unconscious in bed. He had suffered a heart attack just a moment earlier and was unresponsive. His panicked wife immediately called emergency services for help. The dispatcher stayed on the line with the woman and led her through guided CPR while the nearest first responders were dispatched to the scene.

United Hatzalah volunteer EMT Ariel Pahima was one of the closest volunteers to the incident. He was driving through the streets of Be’er Sheva on his way home from a long day at work, and as soon as he received the alert, he turned on his ambucycle’s lights and sirens, accelerated and radioed the dispatch that he was on his way.


Ariel arrived at the unconscious man’s bedside less than three minutes after the call had gone out. The EMT opened his medical kit and took out and attached the defibrillator that he carries with him. Once the defibrillator was connected and ready, Ariel took over performing the chest compressions from the anxious woman. The defibrillator advised a shock and then another, one after the other. Ariel paused the CPR each time and waited for the electric current to dissipate before continuing.

After about seven exhausting minutes of performing CPR alone, an intensive care ambulance team arrived and joined Ariel’s effort to save the man’s life. The combined team continued with advanced treatment including administering medications and fluids.

“It was a long and difficult resuscitation but thank God, at the end of the 50 minutes of efforts, the man’s pulse returned and he even began to breathe on his own,” Ariel said. “He was still unconscious when he was transferred into the ambulance and driven to the hospital, but I hope and pray that he will make a full recovery. It gave me a good feeling to be able to help this man and his distraught wife in their time of need. I am thankful that I was able to provide medical intervention quickly, since it took so much time for the ambulance to arrive.” 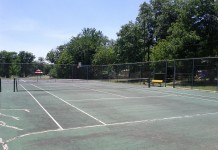 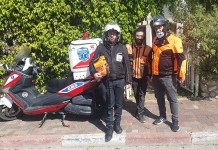