According to Reuters, “Israel has launched a PR campaign” using Google ads that mislead users who look for information about boycotting the Eurovision song contest, starting this week in Tel Aviv. Instead of guiding them to a website that spews hate against Israel, the ads take them to a pastel colored, calm site with the URL boycotteurovision.net, which declares: “Welcome to the true story of BDS: Beautiful, Diverse, Sensational Israel.”

The real BDS website, which we won’t link here because we won’t provide aid and comfort to our enemies, had this to say about the Tel Aviv Eurovision, with a frothing-at-the-mouth style which is extreme even for BDS: “Israel is shamelessly using Eurovision as part of its official Brand Israel strategy, which presents ‘Israel’s prettier face’ to whitewash and distract attention from its war crimes against Palestinians.”

The anti-Israel website added: “Israel massacred 62 Palestinians in Gaza, including six children, just two days after its 2018 Eurovision win,” and, to make it that much more ghoulish, noted: “That same evening, Netta Barzilai performed a celebratory concert in Tel Aviv, hosted by the mayor, and said, ‘We have a reason to be happy.’”

Sticklers for real info that we are, we checked out the week of May 12, 2018, when Netta Barzilai won first place with “Toy,” and synched it with a Wikipedia page titled “2018–19 Gaza border protests.” On May 14, two days after the song contest victory, Hamas went out of its way to encourage riots at the Gaza Strip border fence, which coincided not with Eurovision, but with the ceremony marking the relocation of the US embassy to Jerusalem. Hamas political bureau member Salah al-Bardawi told CNN at the time that 50 of the 62 killed in the protests from May 14 to 15 were Hamas members – adding that these were the organization’s “official numbers.”

So much for the real BDS’s relationship with the truth.

The Faux BDS website is a marvel of Copywriting and design. Sure, it’s propaganda, but someone sat down and wrote very good stuff—or meticulously lifted it from some tourism website.

For the B-Beautiful segment the site states: “Like its topography, Israel’s citizens have a unique inner and outer beauty – consisting of a fusion of immigrant communities which have come together from all corners of the globe in a common vision and a rich culture that defines Israel.”

For D-Diverse: “Did you know? Although its national food is the Falafel – only Tokyo and New York City surpasses Tel Aviv’s sushi consumption per capita. Now that’s fusion!”

For S-Sensational: “Indeed, Israel’s beauty and variety make it a sensational place to experience while providing a quick, fascinating and dynamic lifestyle for its citizens and tourists alike.”

OK, they probably did lite it off a tourism website. But who cares? The website is too new to offer any real ratings, but even if only a few thousands get the opportunity to see what Israel actually looks like, it’s worth every penny (the site is registered on Go Daddy, so the whole thing probably cost under $100 to produce).

According to Reuters, the real BDS movement dismissed the alternative BDS website as “crude propaganda.” Alia Malak, who runs the BDS effort to boycott Israeli academicians and artists, stated: “After its theft of Palestinian land and culture, Israel is now trying to appropriate a symbol of our nonviolent resistance,” and added, “This desperate and crude propaganda is straight out of apartheid South Africa’s playbook.”

It’s a good thing she didn’t say anything about Israel’s appropriating the falafel. 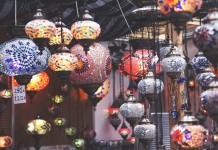 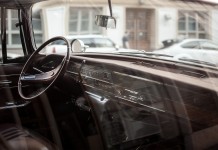 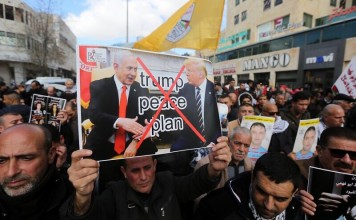 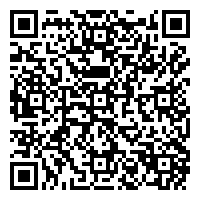