Despite all the media hype this past week triggered by the Palestine Solidarity Campaign announcement claiming “Banking giant HSBC divests from Israeli arms manufacturer following pressure from human rights campaigners,” the truth seems to be far more complex.

PSC claimed in its news release posted Dec. 27 that HSBC “confirmed to campaigners that it has fully divested from Israeli drone manufacturer Elbit Systems, which sells weapons to the Israeli military used in attacks on Palestinians.”


PSC said in a “note to editors” that HSBC “confirmed its decision and informed War on Want and the Palestine Solidarity Campaign via email on 23 December 2018″ but oddly, it did not reproduce the text of the email, nor provide any link to a PDF or copy, as it did with so many other bits of information it hastened to publicize.

Leaving aside the fact that those weapons are used in self-defense and to protect Israeli civilians from attacks by Palestinian Authority terrorists, there are other distortions – possibly deliberate – in the announcement as well.

The Jewish Press contacted HSBC, Elbit and Israel’s Ministry of Strategic Affairs – the government body which handles issues relating to the Boycott, Divest and Sanctions campaign against Israel – to find out just where the truth lies.

Elbit Systems Vice President David Vaknin denied receiving any notice from HSBC about having lost the investment: “We have not gotten any note in this regard from HSBC, so I have to refer you to HSBC to see if there is any factual basis to the report you mention.”

From Israel’s Ministry of Strategic Affairs: “There has been no official stance from HSBC on the matter, as the company is still on its Christmas break until next week.”

Separate sources in Jerusalem told JewishPress.com that the move, however, seems to have no connection to BDS, but rather was an “investment decision.”

There was no response from the bank itself.

However, as the BDS campaign itself points out, “HSBC continues to do business with over a dozen companies selling military equipment and technology…” including Caterpillar and BAE Systems, both of which do business with Israel.

HSBC has long been, and currently remains among the top banks of choice for wealthy members of the international Jewish community. 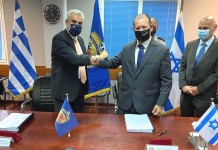 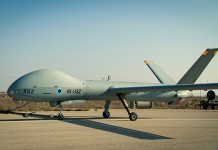