The Supreme Court ruled on Thursday that American student Lara Alqasem will be released from custody and will not be required to return to the United States. The justices made clear, however, that should she engage in pro-BDS activity during her stay in Israel, Internal Security Minister Gilad Erdan would have the authority to expel her from the country immediately.

Alqasem was scheduled to be deported from Israel on Sunday evening.

Alqasem’s lawyers praised the Supreme Court’s verdict, saying, “The court’s decision is a victory for freedom of expression, academic freedom and a victory for the rule of law.”

MK Bezalel Smotrich (Habayit Hayehudi) said in response to the Court’s decision: “Anyone who behaves like a dish tag is inviting others to step on him.”

“The Supreme Court insists on proving that the Justice Minister was right when she claimed that Zionism is the Supreme Court’s dead zone. Today, the court once again trampled on the authority of the government and intervened in what is entirely its discretion,” Smotrich said, explaining that “no person who is not a Jew or an Israeli citizen has a vested right to enter Israel, and the court once again invented out of whole cloth a sanctioned right for the enemies of the State of Israel to enter it and harm it from within.”

“Somehow, these interventions always favor one side only – against the national and Zionist interests of the state,” MK Smotrich said.

Alqasem, 22, was registered to begin her academic year at the Hebrew University in Jerusalem. But when she landed in Israel on October 2, she was refused entry because of her past leadership of an anti-Zionist student group at the University of Florida.

Last week, the Court for Administrative Affairs rejected her appeal, but at the beginning of this week, a single Supreme Court Justice placed an injunction on her deportation until a three-judge Supreme Court panel could rule on her case. 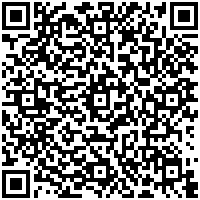