China signed the deal as part of its effort to reduce its greenhouse gas emissions by reducing the impact of cows and other animals that emit methane. Cows are considered the most dangerous source of greenhouse gases on the planet. China’s Bill Gates wannabe billionaire Li Ka-Shing has been investmenting heavily in US food technology firms Impossible Foods (makers of the Impossible Burger) and Hampton Creek—which plans to start marketing its lab meat as early as 2018.

In July, SuperMeat reached its $100,000 crowdfunding goal, and as recruited award-winning biomedical engineer Yaakov Nahmias of the Hebrew University and Prof. Shulamit Levenberg from the Technion to develop a meat-making machine that would utilize animal cells to produce “real meat without harming animals.”

According to the SuperMeat website, in January 2015, the Modern Agriculture Foundation (MAF), with the help of Prof. Amit Gefen from Tel Aviv University, launched a spearhead clean chicken meat project – a feasibility study that helped determine the cost, time table and resources to create commercial clean chicken meat and will became a cornerstone for future researchers and entrepreneurs.

“It is a colossal market opportunity,” says Bruce Friedrich, head of the The Good Food Institute (GFI), which supports and lobbies on behalf of meat alternative interests. “This could put [lab-made] meat onto the radar of Chinese officials who have the capacity to steer billions of dollars into this technology.” 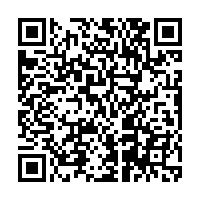