WASHINGTON – When America’s top intelligence official said that Iran’s regime is considering attacks on U.S. soil, he cited a single incident and qualified the assessment with a “probably.”

But intelligence and law enforcement experts say the Jan. 31 warning by the director of national intelligence, James Clapper, was likely based on more than the evidence he cited.


“I would be surprised to learn a statement like that was not backed up by intelligence,” said Mark Dubowitz, executive director of the Foundation for Defense of Democracies.

The question of whether Iran will respond to escalating international pressure over its nuclear program with terrorist attacks on overseas targets is of particular concern to Jewish communities around the world.

While there has been intense speculation over how Iran would respond to a possible Israeli or American strike against its nuclear facilities, experts already are citing with concern a series of recent foiled plots, allegedly connected to Iran or its proxies, against Jewish and non-Jewish targets.

In his written unclassified testimony submitted to the Senate’s Select Committee on Intelligence, Clapper cited only the alleged plot revealed in October to assassinate Saudi ambassador Adel Al-Jubeir at the Cafe Milano, a popular Georgetown hangout for the powerful and influential. The attack allegedly had the backing of the Iranian Revolutionary Guard Corps.

“The 2011 plot to assassinate the Saudi ambassador to the United States shows that some Iranian officials – probably including Supreme Leader Ali Khamenei – have changed their calculus and are now more willing to conduct an attack in the United States in response to real or perceived U.S. actions that threaten the regime,” Clapper wrote.

Matthew Levitt, a former deputy assistant secretary for intelligence and analysis at the U.S. Treasury under George W. Bush, said Clapper’s inclusion of Khamenei in his warning, even with the “probably” qualification, was no accident.

“People are careful to say what they mean, and nothing more,” he said of the intelligence community. “As soon as I read that, I said, ‘Uh-oh, that’s not just a statement to say the threat to the ambassador was real, [Khamenei] was in there to say it went to the top.”

Sources close to law enforcement say there is no specific threat of an attack, although the FBI and the Department of Homeland Security in recent weeks have intensified their monitoring of possible threats.

ABC News cited an Israeli internal security document in reporting Feb. 3 that Jewish and Israeli institutions in the Unites States are on high alert over concerns that they will be targeted by Iran or a proxy. In a letter, the head of security for the Israeli consul general for the Mid-Atlantic states, according to ABC, wrote that the security threat has increased on “guarded sites” such as Israeli embassies and consulates, and “soft sites” such as synagogues, as well as Jewish schools, restaurants and Jewish community centers.

ABC reported that local and regional law enforcement and intelligence officials in U.S. and Canadian cities such as New York, Los Angeles, Philadelphia and Toronto have increased security at Israeli and Jewish institutions, and that federal officials also have increased vigilance in looking for imminent attacks.

“In the past few weeks, there has been an escalation in threats against Israeli and Jewish targets around the world,” ABC quoted a U.S. regional intelligence document as saying. “Open source has reported many demonstrations against Israel are expected to be concentrated on Israeli embassies and consulates. Such demonstrations have occurred internationally as well as domestically. These demonstrations could potentially turn violent at local synagogues, restaurants, the Israeli Embassy and other Israeli sites.”

The document said that “Law enforcement should be vigilant when making periodic checks at all Jewish facilities.”

An Israeli intelligence report warned that forged Israeli passports might be used by potential terrorists to leave the Middle East and enter the United States and Canada.

As the tensions over Iran’s nuclear program mounted, Jewish security professionals noted the possible threat to Jewish institutions around the world.

A number of disrupted plots overseas in recent weeks have raised concerns, said Paul Goldenberg, national director of the Secure Community Network, an effort funded by the Jewish Federations of North America that works on strengthening security for Jewish institutions.

“The people [who] want to come after Israel overseas will look at Jewish targets in the host nations as well,” he said. “They will look not just at embassies, but at synagogues and JCCs as secondary targets.”

An example cited by Goldenberg of the conflation of Jewish and Israeli targets was the late January arrests in Azerbaijan of at least two citizens of that country in connection with an alleged plot to kill two rabbis and the Israeli ambassador in the capital city, Baku.

Three men reportedly were charged with weapons smuggling as part of a plot to kill two rabbis who worked for a Chabad Jewish school in Baku, as well as the Israeli ambassador to Azerbaijan. Two of those charged are reported to be in custody; one is still at large. 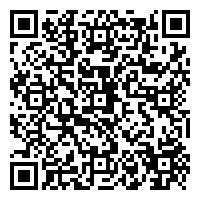