JERUSALEM – Inflated staff salaries, a lack of strategic planning and reckless financial management has forced the revered Hadassah Medical Center in Jerusalem, established by the Manhattan-based Hadassah, the Women’s Zionist Organization of America in the 1930s, to the brink of collapse.

On Tuesday, the Jerusalem District Court granted the hospital’s management a 90-day “stay of protection,” during which time hospital management will be obligated to provide the court with a workable recovery plan. As part of the deal, Israel’s government will inject about $14 million into the hospital’s depleted coffers, and that amount will be matched by the Hadassah organization in New York.


The privately owned Hadassah Medical Center reported that it currently has a deficit of $367 million, with annual budgetary expenses exceeding income by about $80 million.

Doctors, nurses and many other workers at Hadassah University Hospital-Ein Kerem and Hadassah University Hospital-Mt. Scopus went on strike due to not having received half of their salaries since January. They also protested hospital management’s efforts to force the facility into formal bankruptcy and allow the Israeli government to take complete control over the facility. This could prompt Israel’s Health Ministry to summarily fire hundreds of workers.

The Histadrut Labor Federation has also threatened to step into the growing chaos if hundreds of unionized workers are fired as part of any revitalization plan. Hadassah currently owes its employees $250 million in back pay. It employs approximately 6,000 people from the metropolitan Jerusalem region.

As the hospital no longer had the funds to pay staff or suppliers, both medical facilities were forced to severely curtail their services – including the non-supply of heat to patients and workers alike.

Citizens from as far away as Modiin, who were referred by their HMOs to Hadassah for elective surgical procedures, were forced to either cancel their surgery or join a waiting list at Shaare Zedek Medical Center in Jerusalem. While Shaare Zedek was operating normally, it began to feel the impact of Hadassah’s semi-closure on Wednesday, as large numbers of new patients who would have routinely used Hadassah’s outpatient clinics and emergency room facilities began to flock to Shaare Zedek.

Israeli newspapers reported that Hadassah’s financial tailspin was spurred by a series of problems that management, led by former CEO Professor Shlomo Mor-Yosef – who presided over the facility for nearly a decade before becoming head of the country’s National Insurance Institute – allegedly failed to address in recent years. According to the Israeli business daily Globes and the Times of Israel website, the hospital’s financial hole was caused by the following factors:

● Huge annual salaries, as high as one million dollars, were paid to doctors who spent much time practicing private medicine at the hospital. And a number of senior janitors earned nearly $60,000 a year.

● The construction of the Davidson Medical Tower, built with funds donated by American Jewish business tycoon William Davidson, forced the hospital to increase its overall expenditures in order to support and operate the facility. (One Israeli newspaper columnist likened the facility to a “museum, not a hospital.”)

● Despite the growing deficits, Mor-Yosef and Hadassah management refused to sell off a number of lucrative properties in Jerusalem that could have injected tens of millions of dollars into Hadassah’s dwindling bank account.

Several unnamed Hadassah executives tried to pin some of the blame on Hadassah’s New York office, which had allegedly curtailed its support of the facility in the aftermath of the Bernard Madoff investment scam. The U.S. Hadassah organization admitted that it lost nearly $90 million as a result of its investment in Madoff’s fraudulent operations. But Hadassah’s president, Marcie Natan, refuted the charges. She claimed Hadassah informed the hospital in Jerusalem before the Madoff debacle in 2008 that annual donations would be scaled back by $15 million. Following the Madoff scandal, the New York office informed the Jerusalem hospital that the annual donation would be cut an additional six million dollars in order to ensure the New York organization’s survival.

A Tale Of Two Morgenthaus: Zionist And Anti-Zionist 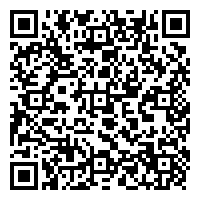