The European Broadcasting Union warns that if Israel’s public broadcasting corporation would be split, as planned, into separate news and entertainment corporations, this would be contrary to the rules of hosting the Eurovision Song Contest and they would have to reconsider hosting the event in Israel.

In a letter sent to the CEO of the Israeli corporation Eldad Koblenz and chairman Gil Omer and reported by Hadashot, the EBU explains that the corporation’s membership status would be threatened should the split is carried out.


“We do not know of any public channel in the world that operates its news via a separate channel,” the EBU letter says. “In such a case, we may have reservations regarding your membership, and you would have to file a new membership request and be re-evaluated by the different entities in the EBU to ensure that the public channel meets our requirements,” Noel Curran, Director-General of the EBU, wrote the Israelis.

On Monday afternoon, PM Netanyahu is expected convene a special meeting to discuss the issue of splitting the Israeli broadcasting corporation, which has his fingerprints and choke marks on its neck. The meeting will include the Attorney General and ministers Kara (Communications), Regev (Culture) and Kahlon (Finance).

In March 2017, Netanyahu pushed for closing the broadcasting corporation, against the opposition of Finance Minister Moshe Kahlon, over the fact that corporation employees were not supportive of Netanyahu and his policies and said so on the air. As a compromise, a new law was passed according to which the operation of the corporation would be postponed until May 15, 2017, at which point the news division would be split and start operating as a separate corporation. But petitions filed with the High Court of Justice have so far frozen this move.

There appears to be a consensus among the participants in the meeting, that the government must do whatever needs to be done so as not to cause the Europeans to question the status of the broadcasting corporation, in other words, to reassemble news and entertainment under the old corporation roof – despite the new law on the books to the contrary – at least until after the 2019 Eurovision Song Contest in Israel is finished.

At this point, Netanyahu, Regev, et al are hoping that the High Court of Justice will revoke their law, absolving them of the obligation to do anything. Otherwise, they would have to either pass a new law contradicting everything in their earlier law, or suspend the new law for one year.

Meanwhile, Minister Regev has been reportedly cooking new trouble for Israel’s Eurovision stint, when she insisted the government would supervise the content of songs submitted to represent Israel – in violation of the Eurovision rules and the EBU’s policy. 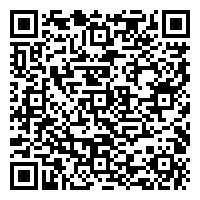