Last week, headlines in CNN, Al-Jazeera and The Guardian said that Hamas now accepts a Palestinian state along the 1967 lines.

The intimation is that Hamas now accepts the State of Israel.

Well, except for one small detail: this is a complete distortion of the truth. The new Hamas document says Israel has no right to exist. It says every inch of our land belongs to the Palestinians. It says there is no acceptable solution other than to remove Israel.

So why does Hamas say there is a consensus for a smaller Palestinian state now?

In order to destroy Israel later. They want to use their state to destroy our state.

Is moving from calling for genocide of all Jews to calling just for the annihilation of Israel – is that progress, or moderation?

Only if you have no standards whatsoever!

It’s bad enough Hamas lies to the world.
We don’t also have to lie to ourselves.

Hamas murders women and children. Its launched thousands of missile attacks at our homes. It brainwashes Palestinian kids in suicide kindergarten camps.

So, where does this hate-filled document belong?
Right there [in the garbage pail]. 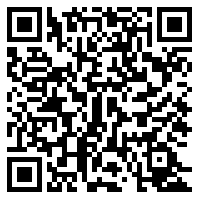