Six years after Hamas terrorists abducted and murdered the three Israeli boys Naftali Frenkel, Gil-Ad Shaar and Eyal Yifrach, their families are suing the terrorist organization, which planned and carried out the attack against their children.

The Shurat HaDin lawfare organization on Sunday filed a claim in the amount of NIS 520 million against the Hamas organization on behalf of the families of the three boys in the Jerusalem District Court.


“This lawsuit is intended to stop the Palestinian Authority transferring funds from its budget to Hamas each year,” the organization explained.

According to a comprehensive study conducted for the prosecution by Lt. Col. Alon Eviatar, an expert on the Palestinian arena and former adviser to the IDF’s Coordinator of Government Activities in the Territories (COGAT), the Palestinian Authority transfers between $50 million and $100 million each month to Hamas.

The study shows that the money is transferred to the Hamas government ministries in the Gaza Strip, and to various bodies in Gaza that are under Hamas’ control.

All funds that go to one of Hamas’ branches, the military arm, the political arm or the social arm, are considered Hamas funds and can be seized in favor of a lawsuit against Hamas.

Hamas terrorist Marwan Kawasme and Amar Abu Aysha kidnapped the three boys on June 12, 2014, while they were hitchhiking home from school in Gush Etzion. Shortly after picking the teens up, the terrorists shot and buried them in a shallow grave.

The two were killed by Israeli Special Forces in September 2014, three months after the abduction.

Terrorist cell leader Hossam Qawasmeh, who was captured by Israel, admitted in his interrogation that he was the mastermind behind the abduction and murder, and obtained funding for the attack from Hamas.

He purchased the weapons for the attack and handed them over to Marwan Qawasmeh, another terrorist in the cell, and also purchased a vehicle for them to carry out the attack.

He further admitted that he assisted the murderers after the attack in burying the boys’ bodies, concealing evidence from the burial scene, and helping them escape from the Israeli security forces.

The families of the three boys stated that “this lawsuit does not cure our pain, reduce our grief, or minimize our longing for our children. If the suit has the power to deter even a little of these evil forces, then it was our reward.”

Shurat HaDin head Nitzana Darshan-Leitner, representing the plaintiffs, noted that “this is a precedent-setting lawsuit. For the first time, funds from the Palestinian Authority will be confiscated for a terrorist attack carried out by Hamas.”

“Either way, the Palestinian Authority will pay for its support of Hamas, and the victims of terrorism will be able to receive justice,” she stated.

She further said that “what the state is failing to do – stop the hundreds of millions of dollars flowing into the Hamas organization from the Palestinian Authority, the victims of terrorism will succeed in doing.” 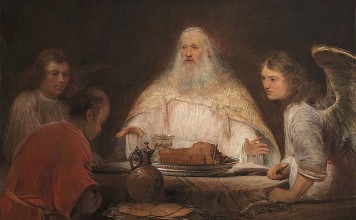 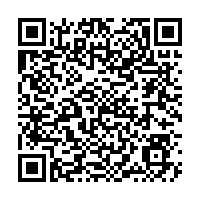