Angry and frightened working-class residents in parts of Tel Aviv are accusing Israeli police and Tel Aviv Mayor Ron Huldai of failing to aggressively confront an unprecedented spike in the number of violent acts against local citizens by a growing number of illegal African refugees.

According to a Knesset investigative committee report, nearly 61,000 illegal refugees have swarmed across Israel’s porous Sinai border with Egypt in less than a decade – with 25,000 of them residing in Tel Aviv. Unlike thousands of other illegal foreigners from African countries such as Nigeria, Ivory Coast and Ghana (who entered Israel nearly a decade ago with legitimate work visas but failed to return home), the current wave hail from war-torn and impoverished countries like Sudan and Eritrea.


Over the past few months, dozens of Eritreans have been arrested by Israeli police on rape and murder charges. Victims include other refugees and Tel Aviv citizens.

A Tel Aviv resident told Channel 10 News, “It’s gotten to the point that I have to meet my wife downstairs in front of our building when she comes home in the evening, so I don’t have to worry about her being attacked. The city and the police are not doing enough to protect its citizens.” Mothers of young children also told the station that it was becoming impossible to take their kids to local parks to play with their friends, for fear of being attacked by hungry and sometimes drunken refugees.

A large number of the illegal refugees are unemployed and lack medical and social welfare assistance. They congregate in the parks and alleyways around Tel Aviv’s Central Bus Station, one of Israel’s busiest transportation hubs.

Some of the refugees are beginning to move to Netanya and Beersheba, among other cities. Close to 10,000 illegal refugees, mostly from Sudan, have nearly overwhelmed the financially strapped southern city of Eilat, where they currently comprise over 20 percent of the local population. Some of the refugees have found temporary employment in the local hotel industry, with the assistance of several government agencies and nonprofit outreach organizations.

To date, the UN has failed to provide financial assistance to Israel or a political resolution to the problem.

The growing number of refugees with violent tendencies who have crossed into Israel at the rate of nearly 1,700 a month has prompted Minister of Interior Eli Yishai to demand that local and immigration police arrest and immediately deport the refugees back to their native countries. For his part, Minister of Internal Security Yitzhak Aharonovitch noted that successive Israeli police commissioners have rejected “cop on the beat” programs that have been instrumental in combating crime in many cities across the U.S.

Netanyahu said, “This phenomenon [illegal refugees] is very grave and threatens the social fabric of society, our national security, and our national identity. It began over seven years ago and upon the government’s entry into office three years ago, we decided to deal with this problem by stopping the entry and by beginning to withdraw those who were already inside. If we do not stop the entry, the problem – there are now 60,000 illegal infiltrators – could easily grow to 600,000 illegal infiltrators. This would inundate the state and, to a considerable degree, cancel out its image as a Jewish and democratic state.

“Therefore, the first necessity is to build a physical barrier. By October it will be complete in its entirety, except for a small section around Eilat that we are dealing with separately and where a fence will be completed. But until then we will block it with other means, including [with] forces. We are aware of the distress and are dealing with it.” 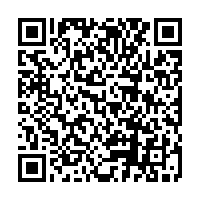