Qatar’s former Prime Minister Hamad bin Jassim Al Thani tweeted on Sunday that a non-aggression agreement is on its way between Arab countries—specifically the Gulf States—and Israel, as the next step in President Donald trump’s peace plan, a.k.a. the “Deal of the Century.”

Bin Jassim tweeted that “the next step of the deal of the century will be followed by a non-aggression agreement between Israel and the Gulf Cooperation Council countries in addition to Egypt, Jordan and possibly Morocco.”


But Bin Jassim did not reveal the source of his statement.

“These countries aim, via these promises [steps], to come closer to the US, although they know that the deal will be opposed by the majority in the Arab League,” Bin Jassim tweeted his speculation.

Of the countries he mentioned, only Egypt and Jordan have diplomatic relations with Israel.

The tweet’s thread on February 9 included numerous uploads, of which I picked the following (via Twitter’s translator):

“On December 14 last year, I posted a tweet in which I spoke about the deal of the century and said that it would announce the beginning of this year. Now it will be followed by a non-aggression agreement between Israel and the countries of the Gulf Cooperation Council in addition to Egypt, Jordan and possibly Morocco.”

“Today, the deal of the century has been announced as its enemies call it. I must first repeat, as I have always said, that I am not against a just peace, and then I am not against signing a non-aggression after reaching clear results in the peace process. However, I followed up on the rejection that the deal faced in the Arab League.”

“Although there are Arab countries that promised the American side that they would take a positive position on the deal, but they did not, and they justified this by saying that they could not because of the media. And I was almost sure that these countries wanted those promises to come closer to America, even though they knew that the deal would be held up by the majority in the Arab League.”

“By doing so, it benefits when it appears as America wants and shirks as it imagines, from the burdens of opposing or rejecting the deal and carrying it to other countries that refuse. However, this is a short and open policy for the American side.” 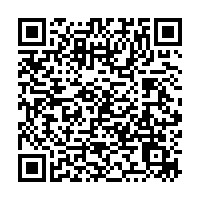