Although government officials have repeatedly reassured Israelis that a lockdown “won’t be needed” if they just observe the basic guidelines around masks and social distancing for the next five weeks, the new director-general of Israel’s Health Ministry is not so sanguine.

It still could happen, says Nachman Ash, who served as Coronavirus Commissioner until this month, when he was tapped to become the next director-general of Israel’s Health Ministry.


Ash told Israel’s Channel 13 News on Thursday (July 15) that although he hopes it won’t be necessary, “I think that it could be that we’ll get to the point where we’ll say, ‘We need a lockdown.’ I’m worried we might get there. . .In a few weeks it’s possible we’ll get there.”

A lockdown for the High Holiday period beginning with Rosh Hashana and running through a month-long stretch that ends with Simchat Torah, is still a possibility, Ash said.

If Israelis end up with another “seger” as it is called in Hebrew, it will be the fourth lockdown in a year for the Jewish State.

Prime Minister Naftali Bennett, however, has been soft-pedaling that prospect, preferring to focus on what he called the ‘good news’ at a briefing on Wednesday.

“The good news is that together, the government and the public, we can beat the Delta variant without lockdowns if we all harness ourselves today with determination immediately,” Prime Minister Naftali Bennett said.

Israel Prepares to Vaccinate ‘Under 12’ Population
Hoping to head off such a possibility, the Health Ministry has instructed Israeli HMOs (kupat holim) to prepare to vaccinate medically fragile children under age 12, according to Israel’s Channel 12 News.

A few of these children with serious pre-existing conditions have already been inoculated; the order from the Health Ministry would greatly expand that number.

It would also once again make Israel the first country in the world to vaccinate young children.

Three Days Running, 700-Plus New COVID-19 Cases Daily
Israeli health officials are hoping the inoculations will at least keep people alive, even if they contract the highly contagious Delta variant of the coronavirus, which has been seen to affect those who are vaccinated as well as those who are not.

Health officials documented 765 new cases of the coronavirus out of the 56,075 tests conducted Wednesday, resulting in a contagion rate of 1.38 percent. Of those, 54 patients were hospitalized in serious and critical condition, with 16 on ventilators.

This is the third day in a row that 700-plus new cases of the virus have been diagnosed daily. The death toll from the virus since the start of the pandemic was 6,443 on Thursday.

A fully vaccinated 84-year-old man who was hospitalized at Assuta Medical Center in Ashdod for an unrelated issue, tested positive for COVID-19 during his stay. On Thursday, the man became the 12th Israeli to die of the virus this month.

Zarka has served for the past seven years as the director of the Tzefat Medical Center and as a member of the Health Ministry’s “Magen Israel” panel that advises the government on the pandemic.

The new Coronavirus Commissioner is a member of Israel’s Druze community, holds the rank of colonel in the IDF reserves and founded and supervised the deployment and operation of an IDF field hospital on the border with Syria during its recent civil war. He has also served as commander of the IDF Center for Medical Services, and as head of the Medical Corps’ Health Department.

A graduate of the Medical School at the Technion in Haifa, Zarka is an associate professor at the Department of Military Medicine is the Tzefat campus of Bar Ilan University. In addition, he is a senior lecturer on the Faculty of Social Welfare and Health in Hebrew University’s School of Public Health in Jerusalem. 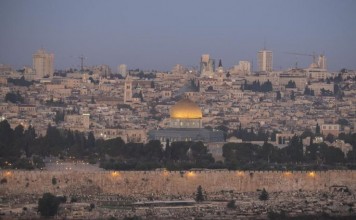