Prime Minister Benjamin Netanyahu announced Monday night the government has decided it’s finally “okay to visit grandma,” but “not yet okay to give her a hug.”

That, in a nutshell, has long been the description used by the prime minister and Health Ministry secretary-general Moshe Bar Siman Tov when talking about risk of endangering older extended family members, the need for social distancing and the importance of adhering to the ministry guidelines even when they don’t seem to make a lot of sense.


“We are not relenting in our efforts to overcome this virus, because being lax in this is very dangerous,” Netanyahu said. “We have invested a large national effort to curb the virus and have achieved very great success. On March 18, we were at 118 cases daily, through 729, and it has since dropped to 31 cases.

“In Israel, 235 people have died and each is an entire world, but look at what is happening in other developed countries,” he pointed out.

“In New York — which is about the size of Israel — an estimated 18,000 (have died). Israel serves as the model for other countries.

“Our success is based on the closure of borders, home isolation and digital surveillance.

“We have devised a comprehensive plan that will allow a return from the shadow of the coronavirus. Restoring the public, the private space, and the economy to a routine will continue to depend on you – on your self-discipline, your mutual security and responsibility.”

“We are abolishing the 100 meter limit for leaving the house,” he added.

“Visiting first-class family members is allowed, as is visiting grandparents — but still not hugging, kissing and touching. I know it’s hard,” he smiled.

“We are still limiting gatherings to no more than 20 people, and still only in open spaces, but if all goes well, in two more weeks we’ll increase it to 50.

“Because Lag B’Omer has many weddings, we’ll allow weddings of up to 50 people,” Netanyahu said, only the wedding will be held without celebrations – just the chupah, right?

“On May 31, 100 people will be permitted, and on June 14, we’ll abolish the restrictions altogether – of course assuming there are no red lights appearing.”

The entire education system is expected to return to normal routine by the end of the month, Netanyahu said.

”This Sunday, kindergartens will begin to operate and on June 14, higher education will return as well.

“Shopping malls and markets will open this Thursday — buying food will be allowed — but eating it there is prohibited. The restaurants will open later.”

“I have loved going to Mahane Yehuda since childhood and buying food there,” Netanyahu commented, adding that he often noshed on pickles and olives as he grazed his way through the market during his frequent visits there – “not necessarily just for campaign stops – I love that market,” he declared. “You can buy food but not eat it there, yet. That will come soon,” he promised.

“We are gradually bringing back sports and leisure, and we will be publishing detailed guidelines on opening the parks, the pools, the libraries. The same is true for tzimmerim (bed and breakfast inns),” he added.

“The horizon looks brighter, but the virus may burst again. We have to be ready for that. We are preparing for a new wave before a vaccine is found,” Netanyahu said.

There are three indicators that will be monitored to determine whether the government will need to re-tighten restrictions, and/or whether a new wave of the virus poses a threat, he said. Those are:
1. If 100 new confirmed cases of COVID-19 appear in areas not identified as “hotspots”
2. If the number of COVID-19 cases multiplies every 10 days
3. If the number of seriously ill Israelis reaches 250. 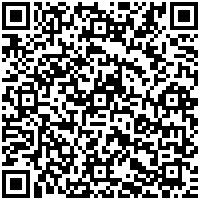