Israel’s Security Cabinet is scheduled to meet Tuesday to discuss deployment of the IDF and preparation for a possible war on the northern front in the Syrian and Lebanese sectors.

Prime Minister Benjamin Netanyahu and cabinet ministers are to discuss deployment of the IDF in the north and preparations for a two-front war if it becomes necessary for Israel to fight simultaneously on both the Syrian and Lebanese fronts.


IDF Chief of Staff Gadi Eizenkot appeared before the government cabinet Sunday to brief the ministers on the situation in the region and to review the threats facing the nation so far in 2018.

Eizenkot presented the IDF Military Intelligence Assessment, according to which the likelihood of war at this point is not very high, but which increases with any escalation, and raises the chance of a rapid deterioration, according to Sunday’s Hebrew-language edition of Israel Hayom.

Iran has also made numerous attempts to arm Hezbollah with precision missiles, which the prime minister told Russia’s President Vladimir Putin last week during their meeting in Moscow.

Eizenkot also provided a general overview of the security situation to cabinet ministers Sunday, answering questions about enlistment figures and the population percentages in each of the various corps in the IDF. 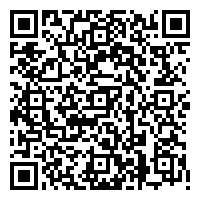