Israel’s President Isaac Herzog has decided to attend a Chanukkah candle-lighting ceremony with the Israeli residents of Hebron on Sunday night at the Cave of the Patriarchs, stirring opposition from the Hamas terror organization and the Peace Now movement. The Meretz party in the coalition already expressed their anger.

Hamas official Ismail Redwan stated Friday that Herzog’s intent to “light the first candle for the so-called ‘Hanukkah’ at the Ibrahimi Mosque” is “a provocation of the Palestinians’ feelings and a blatant desecration of the sanctity of the mosque.”


Hamas called on the Arabs of Judea and Samaria to act with violence and “ward off this provocative move and confront the Israeli occupation aggression on the Ibrahimi Mosque.”

Hamas also urged the Arabs of Jerusalem and “the 1948 occupied lands” to “defend the Al-Aqsa Mosque against Israeli attempt to Judaize the Al-Buraq Wall [Kotel] by installing a large menorah at the Al-Buraq Square to celebrate the so-called ‘Hanukkah.’”

Referring to the Kotel as the Al-Buraq Square, where Muslims claim Mohammad parked a magical creature in Islamic tradition that was said to have transported him to Jerusalem, Hamas is opposing Israel’s traditional candlelight ceremonies at the Kotel, which have been held for years and are attended by dignitaries from Israel and abroad.

“The Ibrahimi Mosque, Al-Buraq Wall, and Al-Aqsa Mosque are Muslim sanctities; the Israeli occupation will never succeed in altering facts and imposing new realities on the ground,” the terror organization declared.

The left-wing Peace Now, which opposes Israel’s presence in Hebron, said it would be at the Cave of the Patriarchs to protest Herzog’s visit.

“This is inexplicable so disappointing,” said Peace Now of the event.

Herzog has not responded to the threats or the allegations.

Herzog’s visit to Hebron is the first of many ceremonies he will be attending throughout the country in honor of the Chanukkah celebrations. 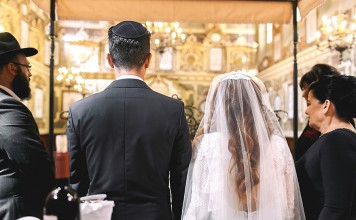 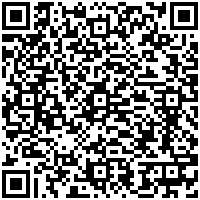