Isaac Herzog and Miriam Peretz have officially announced their candidacy for the next president of the State of Israel.

A Knesset spokesperson stated Thursday that at the end of the deadline on Wednesday, Herzog and Peretz were the only two candidates to submit in writing the signatures of at least 10 Knesset members who supported them.

The presidential election will be held at a special plenary session that will convene in two weeks’ time on June 2.

Peretz is an Israel Prize laureate who lost two of her sons during their service in the IDF.

She stated after submitting her candidacy that she is doing so “with the sounds of missiles in the background.”

“But precisely at this time, when our country is divided, it is time for unity. In recent years, I have been traveling around the country, and I was privileged to meet with Israeli society in all its nuances. In these encounters I heard your voice calling me to run, for a role I never wished for myself,” she explained.

“All my life I have devoted to the unification of hearts and closeness, and this is what the House of Presidency will look like under my leadership – a house of peace and unity, a house of the closeness of hearts and unity in the people,” she said.

“The next president of the State of Israel will be required to reconnect the rift between us, mark a goal and chart a path beyond tomorrow, plan and build the next chapter in the story of us all, the vision for the State of Israel in the 100th year of its independence,” he said.

While Peretz appears to have more popularity on the Israeli street, pundits say that Herzog is the favorite to win due to his extensive ties in the Knesset.

The Knesset elects the President of the State by secret ballot for a single seven-year term. 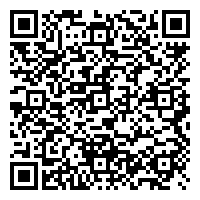