Prime Minister Benjamin Netanyahu said Tuesday night in response to the rocket attack fired at southern Israel from Gaza that it was a mistake on the part of the local terrorist organizations to think this is as good time to launch an attack on the Jewish State.

“If someone in Gaza thinks that he can raise his head after Operation Black Belt, he is sorely mistaken,” Netanyahu said.

“We will respond vigorously to any attack against us and we will continue to guard the security of Israel on all fronts.” 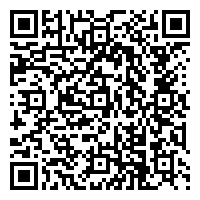