An El Al pilot who decided to undergo retraining after years of working as heart surgeon, on Sunday saved the life of a female passenger on his plane en route from Ben-Gurion Airport to Bucharest, Romania, Ynet reported.

The pilot, who was the only doctor on the plane, took care of the ailing woman in the aisle, in plain sight of the other passengers, before returning to the cockpit to land the plane. The flight Captain replaced the bi-professional pilot while he was caring for the passenger.

Toward the end of the flight, the senior flight attendant noticed that one of the passengers had trouble breathing and told the pilots.

“50 minutes before landing, I got a phone call from the flight service manager about a passenger who wasn’t feeling well,” the pilot told Ynet. “She seemed relatively fine to her, nevertheless it was decided to move her to business class so she would have more space. At that point, I reminded the captain that I was also a doctor and told the flight attendant to let me know if the passenger’s condition was getting worse.”

“Fifteen minutes before we started descending, the flight attendant called and said the passenger looked really bad and was having a hard time breathing. I told her I was coming over and, indeed, saw a woman who was in a poor state of consciousness, probably the fatigue phase after experiencing a heart attack.”

The pilot asked the crew to bring him the medical kit and began treating the passenger with medication. “Her condition improved gradually, she said that because of the pressure of the coming flight she forgot to take her pills,” he said.

Five minutes before landing, the pilot returned to the El Al cockpit to land the Boeing plane alongside the Captain. The passenger’s condition improved with medication, so much so that there was no need to even call for an airport ambulance. 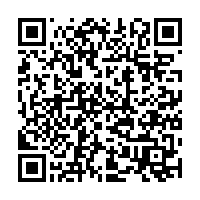