The same airline will also be offering $99 one-way flight from Ben Gurion to Keflavík International Airport, which by October should already have a nice layer of snow on the tarmac.


WOW air was founded by hi tech entrepreneur Skúli Mogensen in 2011 and had its inaugural flight in 2012. The sole owner of WOW air is Mogensen’s Titan investment company.

In October 2012, WOW air acquired Iceland Express’s operations and network to several destinations in Europe and North America. Since 2015, WOW air started expanding into North America, serving first the US, then, in 2016, Canada as well. Flights to Los Angeles and San Francisco began in June 2016 using two Airbus A330-300 planes leased from Air Europa.

In January 2017, after the Icelandic low-cost carrier had announced a limited time offer of one-way tickets from the West Coast to Europe and back for $69.99, CEO Mogensen revealed that some of the amenities typically included with a plane fare – bottled water, food, movies – are not included the deal. A small carry-on bag weighing up to 22 lbs. can be taken on board free.

“This way you won’t have problems with expectations,” he said. “That’s why we tell them to bring their own food, water, and download a movie on your iPad or laptop ahead of the flight.”

James Dozer wrote on Travel Codex at the time: “Their website was simple and functional and allowed me to search several days at a time to find the cheapest fares. Once I found my flights and travel dates, I paid for my flight tickets and had the option of purchasing additional services such as checked bags and seat selections. Their website even allows you to book tours and airport transfers.”

But WOW air’s IT systems are notoriously horrible, according to Dozer, who warned his readers, “If you already pre-paid and selected your seats, now would be a good time to double-check your seats.”

Dozer related, “Even though I confirmed our seats that morning for our flight, when we arrived at LAX, our seats were screwed up. We were no longer assigned to our seats and someone else had already checked into one of our seats. Unfortunately for us, the only two seats together were located in the back of the plane.”

Luckily, the flight attendants were able to take care of the confusion. But one warning that should accompany anyone’s choice of this stunningly low fare to NYC: you’ll never know you’re actually flying until you’re strapped in your seat. According to Dozer, boarding and departure were delayed by about an hour. 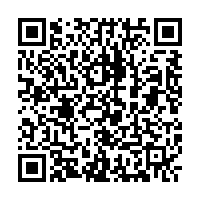