The annual general staff military exercises commenced Sunday under the title “Keystone,” simulating a multi-arena combat scenario with emphasis on the northern front. The goal is to improve the fighting capability of the general staff and regional headquarters.

Keystone is an exercise involving all the major regional headquarters, involving enlisted and reserve soldiers. It features attack and defense scenarios according to the IDF’s operational plans. The headquarters, led by the Northern Command and the Home Front Command, will practice multi-services scenarios, in collaboration with the Air, Sea, Land, Intelligence, Technology and Logistics and Communications and Defense Division of the Computer Service Directorate.

various scenarios will be practiced as part of the exercises, which will be run in the format of a commands drill, focusing on collaborations, multi-system planning, and emergency operation.

The exercise, preplanned as part of the 2019 training program, will continue through Wednesday. 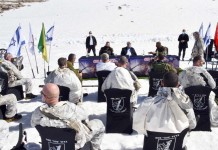 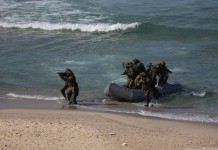