Israeli Special Forces on Tuesday hunted down and killed a three-man terror cell in the heart of the city of Shechem (Nablus). The three terrorists were responsible for at least five shooting attacks in the Samaria area in recent weeks.

The Shin Bet security service stated that at the end of a joint intelligence and operational activity with the IDF, a terrorist cell from the Shechem area was eliminated. “The cell is responsible for a series of shooting attacks in the sector against IDF forces and Israeli civilians in recent weeks,” it said.


The three armed terrorists were in a vehicle and were killed during the clashes with the security forces. They were identified as members of the Fatah’s al-Aqsa Martyrs’ Brigades.

There were no Israeli casualties. The Israeli unit seized two M-16 assault rifles the terrorists had in their possession.

The Palestinian Authority’s official WAFA news agency reported that a fourth terrorist was arrested. The report said that the Special Forces “stormed” the Al-Makhfeya neighborhood situated in the heart of the city which is under full PA control, with a vehicle bearing a PA registration plate.

The last attack that the cell carried out occurred on Saturday when they shot at IDF troops operating in the Jenin area in Samaria. There were no Israeli casualties.

Before that, the terrorists fired at an IDF post situated near Shechem on Wednesday night. There were no injuries or damage caused by the shots.

In a third attack, the terrorists fired at an IDF jeep that was driving on a route in Samaria on Saturday night a week and a half ago. There were no injuries. The IDF vehicle was hit by the bullets.

In the fourth, the terrorists fired at an IDF military post in Samaria on Tuesday night two weeks ago. There were no injuries and no damage was caused. The IDF reported that the attack was a drive-by shooting on a military post near the city of Shechem. 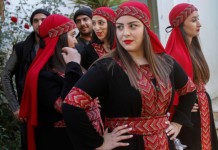 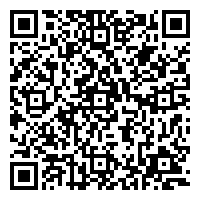