The Navy’s elite commando unit, the famed Shayetet 13, will receive a commendation from the Chief of Staff for several daring covert operations it recently carried out.

The IDF stated Wednesday that Chief of Staff Lieutenant Colonel Aviv Kochavi accepted the recommendation of the Chief of General Staff Committee, headed by the President of the IDF’s Court of Appeals, Major General Doron Files, to award commendations and appreciation certificates to the Navy’s operational units for “courage, determination, professionalism and operational equanimity during unique operations.”

The commendations are being awarded to units for “unique, creative and groundbreaking operational activities that have contributed significantly to the security of the State of Israel,” the IDF stated.

The Shayetet 13 is a marine commando unit operating in the sea, land, and in the air in a variety of special activities, the Israeli equivalent to the US’ Navy SEALS.

The fleet engages in various operational activities, including strategic damage to enemy infrastructures, and gathering high-quality intelligence on enemy operations and targets.

The unit has won the Chief of Staff’s award several times for its contribution to fighting terror, for developing innovative operational capabilities, and for instilling high norms of behavior of excellence and striving for victory. 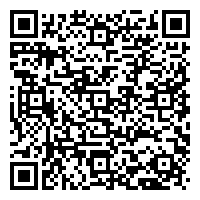