The Ministerial Committee for the Integration of Israeli Citizens of Ethiopian Descent approved a proposal Monday to grant Kessim, Ethiopian religious leaders, official status as part of a move to expand religious services and improve infrastructure in the Ethiopian community.


Leaders of the Ethiopian-Israeli community called the decision “historic” and said the move was the culmination of a process that has lasted more than 30 years, since the first wave of Ethiopian Jews came to Israel in 1984, during Operation Moses.

“Justice has been done,” said Kes Shimon Samai Elias, who immigrated to Rishon Lezion in 1989. “Justice for Ethiopian tradition in general, and for Kessim in particular. It is a recognition that we are a community with values, with traditions, with leaders, with religious ceremonies.

Kes Elias said the decision reverses a long-standing affront to the Ethiopian-Israeli community. He said that granting official standing to kessim would allow them to perform a range of religious functions including marriage and divorce.

Michal Avera Samuel, the executive director of the Fidel Association for Education and Social Integration of Ethiopian Jews in Israel, said the decision was especially meaningful because of its symbolic recognition of Ethiopian Jewry’s place in the Israeli mosaic.

“(The decision) integrates the traditions of Ethiopian Jewry into the Israeli narrative and will contribute a great deal to young people in this community as they solidify their identity. We are hopeful that the government decision will be fully implemented,” Samuel said

At the same time, Kes Elias was critical of the Chief Rabbinate, which he said had consistently blocked the inclusion of Ethiopian leaders in state-sanctioned religious life for years.

“I was involved in the discussions, the Chief Rabbinate vetoed this move, over and over. They wanted to protect the rabbinate, the rabbis, the institution of rabbinic ordination. So they vetoed it,” Elias said.

Asked what changed to allow the measure to gain approval, Elias said pressure from the younger generation made it clear that Israeli-born children of Ethiopian immigrants wanted to be connected to their heritage and traditions.

“In 2010 the government agreed after an eight-year battle to pay a few kessim, but also said that from that time forward there would be no more kes ordinations and that religious services would be delivered only via the rabbinate. They thought they would pay a few kessim now and after a few years (the Ethiopian issue) would disappear, as the younger generation who was born here grew up.

“In fact, we’ve see the opposite: The younger generation is returning to its roots, studying, making demands. They want to know, to be connected,” he said.

Prime Minister Binyamin Netanyahu praised the decision, calling it a long overdue move and a “historic recognition of the kessim as spiritual shepherds for Ethiopian Jews.”

“We (have) finally provided for the status of the kessim who have led the Ethiopian Jewish community for hundreds of years… the heritage of Israel is a mosaic of many communities. This community has a special status precisely because it kept this heritage even in complete isolation. I find this moving and close to my heart,” Netanyahu added.

The Committee said the recognition of kessim was taken in the framework of a wider governmental commitment to invest in the Ethiopian community. Other aspects of the plan include scholastic enrichment in order to increase high school graduation rates, boosting efforts to locate gifted and outstanding students and integrating them into appropriate frameworks, increasing the number of IDF and Israel Police officers, integrating academics into high-paying private sector jobs, and issuing subsidy coupons for children’s extra-curricular activities including arts-and-crafts, music, sports and science activities.

In all, the plan includes 71 action areas worth NIS 165 million per annum (not including housing), overseen and implemented by 10 ministries and agencies. The Committee said that 66 actions set by the committee, or 93 percent, have been implemented to date.

In addition, Construction and Housing Minister Yoav Galant briefed the committee on the successful implementation of a mortgage assistance plan for families of Ethiopian origin and the urban renewal plan. Under the plan, NIS 120 million has been allocated for housing loans to 200 families and couples of Ethiopian origin per annum, for four years. 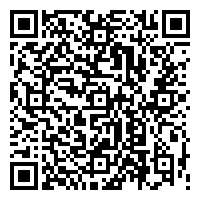