Israeli officials confirmed at noon on Sunday that talks are on the way for a comprehensive ceasefire, mediated by Egypt, although for the time being no concrete agreements have been reached.

At Saturday night’s cabinet meeting in Tel Aviv, officials coming out of the discussion said the IDF agreed that the objectives of Operation Breaking Dawn had been achieved, and therefore Israel is now striving to end it. Israel would like to end hostilities within hours but expects that these will continue for several more days, hoping that it won’t be prolonged beyond that.


“Nobody really knows when it will end,” a source told Ynet.

The Gaza Strip Health Ministry stated that the death toll since the start of the operation has risen to 31, including six children and four women, and that 265 people were injured. It has been established that at least four of the children were killed by a misfired Islamic Jihad rocket aimed at Israel.

The health ministry warned that in 48 hours the medical services in the Gaza Strip will be shut down due to the lack of fuel that causes prolonged power outages and that without it the generators in the hospitals cannot be turned on.

Gaza depends for its power on Israel – an incentive to end the hostilities. Another incentive is the fact that 14,000 Arab dayworkers from Gaza have not been able to enter Israel to work most of last week, which has already caused riots.

Israel Police sources told Haaretz that current intelligence indicates that riots are not expected to break out in Israel’s mixed cities, despite calls from Hamas on Arab social networks to demonstrate in protest of Jews going up to the Temple Mount on 9 B’Av. The sources added that the mobilization of the police reserve forces which began with the opening of the Gaza operation has been completed.

Meanwhile, the Islamic Jihad’s rocket fire continued to target several locations in southern Israel. Around 1 PM, alarms were sounded in Ashkelon following rocket fire from the Gaza Strip. The rockets were intercepted by the Iron Dome system. Earlier on Sunday, several alarms were heard as well.

After the alarms in Ashkelon, the IDF announced that it was attacking rocket launching positions in Gaza.

“Hamas is out of the picture,” those officials said. Cabinet ministers attributed the success of Breaking Dawn to the fact that it was carefully planned. They also cited the element of surprise: Gaza terrorists had been conditioned to expect Israel to attack only in retaliation, and not take the initiative. They were dead wrong. 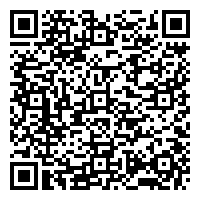