MODIIN, Israel – The Israeli public united in grief as 19-year-old Eyal Yifrach of Elad and 16-year-olds Gilad Shaar of Talmon and Naftali Frankel of Nof Ayalon were laid to rest in Modiin on Tuesday evening.

The boys’ bodies were discovered by civilian volunteers working with the IDF and Shin Bet in Halhoul (near Hebron) on Monday afternoon, 18 days after they were kidnapped at an Etzion Bloc intersection near the Mekor Haim Yeshiva High School, where two of the teens had been studying.


Thousands of people from the Modiin region and beyond, including Prime Minister Netanyahu, President Peres, and other officials braved the harsh summer heat to converge on the small cemetery, located between the Ben-Shemen Forest reserve and the city’s entrance, to pay their last respects to the students and express comfort to their families.

The victims’ parents, after consulting with rabbinic authorities, decided to hold a joint funeral for their murdered children. They agreed to bury theirs sons next to one another in the Modiin cemetery. Separate services for the three youths took place in their hometowns before the joint funeral.

Emotions ran high among family friends, acquaintances, and ordinary Israelis from all walks of life as they lined the roads leading into the cemetery.

As the army and police lifted the media gag orders surrounding the killings, several Israeli news programs said that the teenagers were shot in cold blood shortly after they were abducted.

Amer Abu Aisha and Marwan Qawasmeh, the two Hamas terrorists from the Hebron region who have been missing since the kidnapping and who are Israel’s prime suspects, were, as of Tuesday evening, still at large. Israeli military intelligence and the Israel Police believe they are still in the area where the killings took place.

Though the Hamas leadership in Gaza denied involvement in the kidnapping, several Israeli intelligence experts told Israel’s Channel 2 and Channel 10 news programs that the Shin Bet had thwarted dozens of kidnapping attempts during the past year. Hamas leader Khaled Meshaal has openly called for the kidnapping of Israelis.

Israeli newspapers reported the terrorists had originally planned to kill one of the teens and hold the two others as bargaining chips in exchange for the release of Palestinian terrorists being held in Israeli jails.

Israeli CSI experts believe the teenagers were killed within a few hours of their kidnapping and buried in the middle of the night. The failure of Israeli police to respond immediately to the distress phone call they received from one of the teens shortly after they were kidnapped has resulted in the termination and demotion of several officers.

The mothers of the teens – Rachel Frankel, Iris Yifrach and Bat-Galim Shaar – remained outwardly optimistic throughout the ordeal and were effusive in their praise of the army and the approximately 85,000 Israelis who jammed Rabin Square in Tel Aviv on Sunday evening in a show of solidarity. But hours later, on Monday afternoon, upon hearing the news that their sons’ bodies had been discovered, they retreated into their homes to mourn with their families.

“Our yishuv is embracing the Frankel family,” said Rami Lieber, a spokesperson for Nof Ayalon. “We have provided them with social workers, psychologists, etc. to try to deal with their personal tragedy. Rachel Frankel [Naftali’s mother] said at the Kotel a few days ago that even if there was a tragic ending, she and the other families would not break. We pray and hope that they remain strong.” 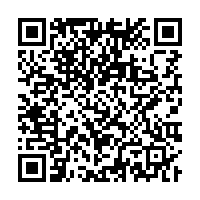