Anarchy has taken over the streets of integrated Israel, with Arab rioters targeting Jews and young Jewish thugs organizing to attack Arabs as well.

A police officer in Ramle was shot by rioting Arabs at a junction in the city of Ramle. A 19-year-old IDF soldier was also injured after having been attacked by rioting Arabs in Jaffa (Yafo), part of greater Tel Aviv.


Two Jewish men were wounded by gunfire by rioting Arabs in Lod, one in serious condition and the other less so. A third was injured by rocks hurled by Arabs. Three synagogues were burned to the ground.

In Akko, some 20 Jewish-owned bed & breakfasts were torched and burned to ashes.

In Haifa, violence returned Thursday as well. And by Thursday night, the violence had spread to the streets of coastal Ashkelon in the south.

In the small northeastern city of Arad, where a significant number of the small businesses are owned by local Bedouin, residents said they have been in virtual “lockdown” for the past three days, unable to leave the city without the concern they might not make it more than a mile or two down the road on Highway 31.

Arab rioters from the nearby Bedouin villages managed to block the road, the only artery connecting Arad residents with Highway 6, Be’er Sheva and the rest of the country.

A woman living in Arad was the victim of a near-lynch earlier this week, with rioters pulling her out of her car at the Shoket Junction on Highway 31 and torching her vehicle.

“The truck traveling behind her was driven by an Arab, and he was the one who saved her,” a friend in Arad told JewishPress.com.

To make sure there were no further victims, police closed Highway 31 between Arad and Shoket Junction. On Thursday night some 30 Jewish activists demonstrated at the entrance to the city, waving Israeli flags. Due to rumors that young Arab hotheads were going to attempt to attack Jews in Arad, police forces were doubled and guarding the main entrance to the city; other entries were locked down. 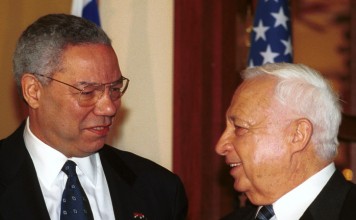