Bitton Rosen stressed that thanks to the determination of the Border guard commanders, the transport was carried out despite the disruptions.

Last week, Arab bus drivers declared a strike as a nationalist act, similar to their refusal to shuttle Jewish teenagers to the flags parade on Jerusalem Day. It posed a serious problem to parade organizers, since the vast majority of Israeli bus drivers are Arab, constituting between 60% and 90% of the drivers, depending on the company.

But this time around, Arab bus drivers did not merely sabotage a patriotic parade – they attempted to block the transfer of security forces to where they were most urgently needed. During several clashes with Hamas in recent years, Arab truck drivers refused to haul IDF tanks to the front, causing dangerous delays. And according to reports, during Operation Guardian of the Walls, only 40 out of 500 Israeli Arab drivers on contract showed up to carry out IDF assignments. The army responded by shuffling truck and bus drivers from various units, but delays were caused and, according to experts, had Israel faced a second front on the Lebanese border, those delays could mean a rise in casualties.

Remember the IDF’s failed great bluff operation in Gaza during Operation Guardian of the Walls when the plan had been to amass forces on the border and this way lure hundreds of terrorists into their attack tunnels – to be bombed from the air? The plan crashed because of delays in getting infantry forces to the border so when the air raid began, a much smaller number of terrorists were killed underground.

Several Israeli reservists whose military occupation is transportation have volunteered to fill in the manpower gap.

Former MK Amichai Chikli (currently with the Likud party) tweeted that this should be an excellent opportunity to rejuvenate the transportation industry, recruiting drivers who could be counted on.

It has been suggested on social media on Sunday that the defense ministry must alter its contractors with transport providers to reflect that if they fail to perform 100% of their assignment, their contract would be revoked.

Finally, according to Channel 14 News, a company called Turbo which was in charge of driving President Joe Biden and his entourage during their visit last August, was ordered explicitly not to hire Arab drivers. 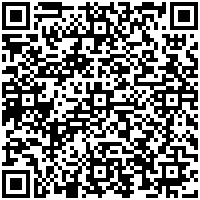