MK Ahmad Tibi (Joint Arab List) on Thursday confronted police and prevented them from detaining a young Arab rioter for questioning in the Beit Hanina neighborhood of north Jerusalem, and even allowed him to escape. The young man had been detained after throwing a suspicious object during the violent riots that broke out in the neighborhood where the coffin of Al Jazeera journalist Shireen Abu Akleh had been brought for her funeral.


According to the police, Tibi arrived at the scene, pushed, got into a fight with officers, and even used force to rescue the suspect from the police. The rioter escaped but was captured after a brief chase and taken for questioning.

The police statement said that MK Tibi abused his Knesset immunity and that “disruption of police activity is an illegal act, especially when it is carried out by an elected official who is supposed to serve as a personal example.”

Minister of Internal Security Omer Barlev (Labor) condemned the incident, saying, “I take seriously the behavior of MK Ahmad Tibi, who today impaired the activities of police officers in Jerusalem in the performance of their duties. Israeli police officers operate in a complex reality, and the attempt to disrupt their work is intolerable – certainly when it comes from a Knesset member who abuses his immunity. MK Tibi knows that if he has complaints against the police – he can contact me directly.”

This was far from Ahmad Tibi’s first unruly behavior. Yasser Arafat’s top advisor on Israeli issues in the 1990s, Tibi has not missed an opportunity to challenge Israeli law enforcement, relying on his political status to save his hide. In August 2015, Tibi pushed two prison guards when they tried to prevent him from entering with a mobile phone the room at Barzilai Hospital where a detainee on a hunger striker was hospitalized. The two guards filed a complaint against Tibi for calling them “fascists.”

But it hasn’t all been bad. In December 2013, during a demonstration in Be’er Sheva, a guy named Zion Vaknin poured a cup of boiling-hot tea on Tibi. Vaknin was sentenced to four months in prison, but, man, was it worth it. 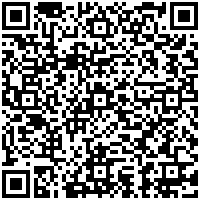