Hundreds of right-wing activists gathered in Jerusalem on Thursday night for a protest march organized by the Lehavah group against the abandonment of the city’s Jews by the police. The protest took place in response to the escalating wave of terrorism and attacks on Jews by Arabs in the Damascus Gate area and the rest of the city.

The demonstrators marched from Safra Square towards the Damascus Gate and the Old City and shouted, “Death to the Arabs,” “Jewish blood is not free,” and “Burn down your village.”


Police deployed large forces in the city’s hot spots and set up checkpoints to prevent the march from advancing. Near the Damascus Gate, right-wing activists confronted large police forces that worked to disperse them and used stun grenades.

At the same time, hundreds of Arabs clashed with police forces in the Old City. The Arab Red Crescent claimed to have treated 105 wounded in clashes between Arabs and police forces, and 22 Arabs were evacuated to the hospital in fair condition.

More than 80 suspects were arrested overnight for involvement in the violence. 64 of them were remanded to custody for interrogations.

Thursday evening, Arabs attacked and lightly injured a Jewish motorist in the Wadi Jouz neighborhood of eastern Jerusalem. Several Arabs recognized that the driver was a Jew, knocked on the vehicle, and threw stones at him. When he got out of the car and tried to escape, young Arabs kicked him while he was lying on the ground. He was taken to the hospital for medical treatment, and his vehicle was later set on fire.

Another video from the same neighborhood shows a vehicle on fire near Zacks Junction. Police later reported that dozens of people had thrown stones and set fire to a trash can near the Zacks junction.

On Route 1, a vehicle was stoned and the driver fired into the air to keep the rioters away.

After midnight, police said hundreds of Jewish protesters hurled bottles and stones at cops in IDF square in the city. According to police, the demonstrators tried to enter the Sheikh Jarrah neighborhood but the police stopped them.

Lehava Chairman Benzi Gupstein said on Thursday that “the police are waiting for us to shout ‘Death to the Arabs’ to arrest us. We won’t let them. But whoever beat us will get it.”

Arab social media on Thursday called for the Damascus Gate to be defended against “settler thugs.”

Shin Bet coordinators spoke with Arab activists in Jerusalem and warned them not to participate in the planned demonstration. Police on Thursday night prevented young Arabs from entering downtown Jerusalem and asked them to return to the eastern part of the city.

Police said they arrested four Arabs on suspicion of assaulting a Jewish passerby on the Jaffa Gate promenade.

A policeman was wounded in the face by a stone at the Damascus Gate.

Jerusalem Deputy Mayor Arieh King condemned the violence in an interview with Reshet Bet radio Friday morning, and added: “It’s just hard for me to treat both sides equally because everyone understands that there’s one side here that started a campaign of violence and actually committed terrorism, and there’s another side that, due to the incompetence of the police, responded.”

King added: “It was a mistake to come yesterday to demonstrate. It was a mistake that the justice system did not stand by the police in the eradication of terrorism that began in Jerusalem, reached in Jaffa, and spread to Ramla and Acre. Hopefully, we will see a change in the immediate response of the police at the street level. We saw the policeman who was hit by a stone yesterday and there has been no response. When there’s no response, that same snake, the same terrorist, will hit again and perhaps more severely.”

Joint Arab List MK Aida Toma Suleiman told Reshet Bet: “There is heavy repression against the people of Jerusalem. The police abuse of people that began as early as the beginning of the month of Ramadan was clearly going to cause an eruption. I don’t approve of the attack on a person on the light rail, but I also don’t accept the way the Palestinians are treated in Jerusalem.”

A prosecutor’s intent to indict was filed against two of those involved in Thursday’s violence. The police, for its part, announced: “We will allow every person the right to protest and freedom of expression in accordance with the law, but we will act with zero tolerance towards any manifestation of violence, disorder, and harm to the public safety.” 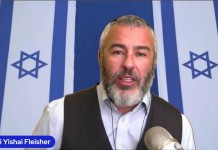 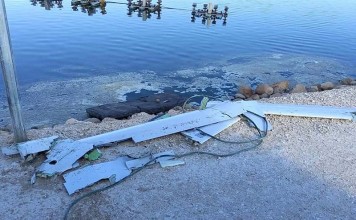