The police on Wednesday morning conducted a broad sweep in eastern Jerusalem and arrested 22 suspects involved in the illegal trade of weapons and drug trafficking.

The arrests were the culmination of a five-month operation by an undercover agent who successfully penetrating the gangs, purchasing weapons and drugs worth hundreds of thousands of shekels.

The Israeli police have been focused on targeting arms traffickers in eastern Jerusalem “where the offenders are mistaken to think that they are hidden from the eyes of the police” and constitute a catalyst for crime and violence, the police said.

Searches of the suspects’ homes led to the seizure of drugs of various kinds and tens of thousands of shekels in cash. Four vehicles linked to crimes were likewise seized.

The covert agent operated among the suspects for about five months, during which he gained their trust and acquired from them M-16 assault rifles, various types of guns, cocaine, heroin, and thousands of ecstasy pills.

The suspects, aged 20-40, were detained for questioning and brought before the Magistrate’s Court for the extension of their remand.

Since the beginning of 2019, the police have located and seized more than 4,200 illegal weapons items, including more than 1,000 rifles and weapons of various kinds, 275 grenades, ammunition, explosive charges, weapon parts and other contraband, most of it seized during operations in Arab communities. 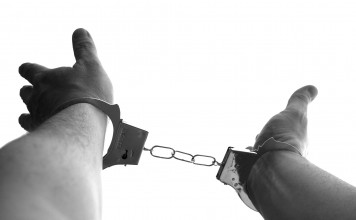