“The arrest of the shooter in Lod and his friends, who apparently acted in self-defense, was a terrible thing,” Minister of Public Security Amir Ohana tweeted Wednesday morning, referring to the arrest of a Jewish man, 34, in the mixed city of Lod, who killed one Arab rioter and injured another in a shooting incident on the night between Monday and Tuesday this week, in the midst of multiple raging riots that included attacks on Jewish neighborhoods in the city.

“Law-abiding citizens carrying weapons are a power multiplier for the authorities, in the immediate neutralization of threats and danger,” Ohana explained, noting that the detention and release of suspects are not his purviews as the minister of public security, adding that if it were up to him, the shooter would have been released. He then quipped: “The enforcement apparatus would do well to act this way.”


The self-defense killing of the rioter ushered a day of clashes in Lod, which resulted in police enforcing a total curfew on the city.

Police responded with stun grenades and sponge bullets. Later in the evening on Tuesday, there was no police presence in the conflict zones, and rioters took advantage of the vacuum and set fire to a bus at the central depot, burned a car belonging to a Jewish family, set fire to the city’s open market, and tore out curbstones. They also burned and ripped off security cameras.

The Jewish residents of the neighborhood locked themselves in their homes, as the occasional stones were being thrown at them.

Due to the lack of police control, the Jewish residents feared the worst. A local WhatsApp group reported: “Shops on Herzl Street are vandalized, including Vered Bakery, and there are no police.”

Another WhatsApp group posted: “Friends, men are wanted on Herzl and Katzenelson streets and in Ramat Eshkol. Arab rioters roam free in small groups and set fire to and vandalize cars.”

The Ohel Yehuda synagogue in Lod was set on fire on Tuesday by Arab rioters and the fire caused heavy damage. The Torah scrolls that were inside the protected ark miraculously survived and were taken out of the place Wednesday morning unharmed.

Defense Minister Benny Gantz announced a civil emergency in the city of Lod early Wednesday morning. Gantz acted under the powers conferred on him by the declaration of a state of emergency on the home front. 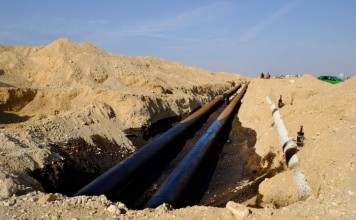 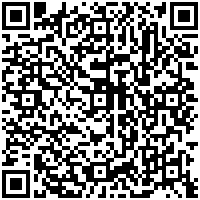