Religious Muslim Mansour Abbas, head of the Ra’am party, delivered a speech to the nation Thursday night in Hebrew — so that Jews as well as Arabs would understand — to clarify his political stance.


Speaking from the Israeli Arab city of Nazareth, Abbas said he is “not blinded by titles of kingmaker,” adding that he does not want to be part of a bloc on the right or left. “I am my own bloc,” he said.

But he also said that he is reaching out to build coexistence.

“I extend a hand in my name, and in the name of the members of the Arab public that elected us to create the chance of a shared life in the Holy Land,” he said.

“What unites us is stronger than what divides us. I stand before you and say the time has come to listen to each other, to recognize the narrative and look for the common denominator.”

He also did not mention anything about “Palestinians” in his speech, which was a notable exclusion.

Abbas added that he has “not ruled out anyone. My approach is what ‘yes’ – not what ‘no.’”

MK-elect Itamar Ben-Gvir, who has entered the Knesset with the Religious Zionism party, warned that although Abbas tried in his speech to “portray himself as a cute teddy bear, it is he who belongs to the Islamic Movement, supports Hamas and sanctifies baby killers.”

Likewise, Rabbi Chaim Druckman, spiritual leader of the Religious Zionism party, warned that Abbas “is an Arab who does not recognize the existence of Israel as a Jewish state. Is that really right-wing?”

“The State of Israel is changing its face and it refuses to open its eyes,” Abbas said in his speech.

“We do not have to agree on everything, we will certainly have disagreements; but we owe to ourselves the right and opportunity to be allowed to recognize one another.”

According to a Channel 12 report, the Charedim are not as adamant against Ra’am joining the coalition due to both groups holding similar conservative religious values.

It’s important to point out, that just four days ago, Mansour Abbas gave a very different speech in Arabic where he declared the Ra’am party is working on behalf of the Palestinian Arabs and survivors of the Naqba and for Palestinian society. This was reminiscent of Arafat saying one thing in Arabic to the Arabs, and another thing in to the Israelis. With Arafat we know which version was the truth. 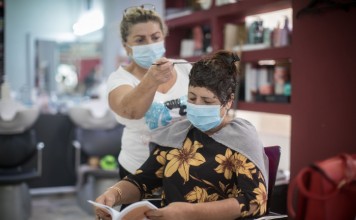 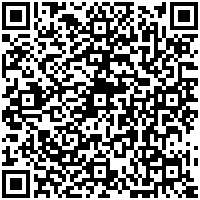