Earlier this week, former prime minister, defense minister and IDF chief of staff Ehud Barak received a clear message from the leadership of the Meretz party, with which he must unite if he wants to pass the vote threshold come September 17: he must apologize to the Israeli Arabs for the catastrophe of October 2000.

On Tuesday, Barak apologized as required, and thus perhaps removed the barrier blocking him from entering the next Knesset.


But he also aroused the wrath of retired police chief-superintendent Yaron Meir, who served as commander of a police western Galilee sector during the same catastrophe. On Wednesday morning, Meir claimed that Barak “ruined my career, let him apologize to the policemen.”

It should be noted that in the April 9 election, Meretz owed its survival above the electoral threshold to its Arab voters. In the current reality of the Israeli left, without Arabs there is no Meretz.

The October 7-9, 2000 riots, which took place on PM Barak’s watch, began as a series of protests in Arab towns in northern Israel that turned violent, escalating into rioting by Arabs throughout Israel, clashes with Israel Police and, finally, the deaths of 13 Arab demonstrators.

The Or commission report on those events was critical of police use of excessive force to quell the riots–including the use of sniper fire to disperse crowds. In its conclusion, the commission said that Israel “must educate its police that the Arab public is not the enemy, and should not be treated as such.” But the same commission also pinned the bulk of the responsibility for the riots on the Jewish establishment’s policy of “prejudice and neglect” regarding the Arab-Israeli minority.

On Tuesday, Ha’aretz ran an op-ed by Meretz MK Issawi Frij in which he called on Barak to apologize for the deaths of 13 Arabs (one of them a resident of the Palestinian Authority) by police fire. Frig essentially dictated to Barak the wording of the expected apology:

“These are the things that as an Israeli Arab citizen I would like to hear from Ehud Barak: the events of October 2000 took place on my watch. 12 Israeli civilians were killed by Israeli police while I was prime minister. As head of the system, responsibility for this is first of all mine. Even if I did not pull the trigger, even if I did not give the order to shoot, I was in charge. I am responsible.”

MK Frij continued: “The families of those killed deserve my apology and the apology of the State of Israel. There is no way to justify police activity that takes the lives of 12 civilians in one week. There is no point in explaining this, we only have to bow our heads and ask for forgiveness, in the hope that someone will listen to us… I do not deny my responsibility for past events, but I believe that I can also be part of the solution to the future.”

That same morning, Barak went on Reshet Bet radio and read from the prepared text: “I am responsible for everything that happened, and I truly express once again my sorrow and apology to the families whose pain is surely an infinity (No idea what he meant there, no such adage exists in any known language – DI), to the wounded and to Arab society as well as to Israeli society, after all, I acted on its behalf. There were very harsh circumstances there, and responsibility was also demanded of everyone, civilians included. It is forbidden for such things to happen, not then and not today. And I certainly do not remove my responsibility, but I believe that I can be part of the solution, and I am really committed to working towards the profound reform without which this cannot be prevented from happening again.”

It is stunning how Barak so clearly copied the text dictated to him by the Arab MK. But don’t forget, Barak was probably the closest Israeli PM to the arch-terrorist Yasser Arafat, and who, in the 2000 Camp David summit, offered the PLO chairman close to 100% of his demands, including eastern Jerusalem, 92% of Judea and Samaria, and a $30 billion fund to resettle refugees.

In his interview on Reshet Bet radio, retired police chief superintendent Yaron Meir suggested that not only were the 2000 riots entirely Barak’s fault, but that the PM shoved his loyal policemen under the bus – as he has often done to his followers, including, at one point, the entire Labor party.

“There was rioting, the organizers lost control of their people, they damaged property, injured people, pulled people out of cars, beat them,” Meir said. “I remind everyone that among the 13 killed was a Jew who drove innocently along the coastal road and from the Jisr a-Zarqa bridge (over the Taninim River north of Caesarea) they threw a stone at him and as a result he was killed. I wonder if Ehud Barak went to apologize to his family.”

“First of all, he should apologize to all the policemen and police commanders who carried out his orders and then stood trial,” Meir continued to attack Barak the Apologizer. He should also apologize to me, even though I was acquitted. He ruined our careers, ruined our lives. We became people with a foul smell on our hands, no one wanted to face Israeli Arabs and to say that he promoted police officers who stood trial before the Or Commission.”

Meir also described the sequence of events during the riots as he recalled them: “On the morning of the second day, the late Commissioner Yehuda Wilk, an admired commander, convened us and said: ‘Barak gave me an order that the main highways must remain open and I give you the order – the main highways will remain open.”

Meir said that he replied to the commissioner, saying, “‘You have to understand how much it will cost us.’ I was answered clearly, this is the prime minister’s order – so we carried it out.”

Ehud Barak, whose term as prime minister was one of the shortest in Israel’s history, owes an apology to a long list of his victims.

He must apologize to the South Lebanon Army, Israel’s ally in southern Lebanon, whom Barak abandoned suddenly one night as he was beating a hasty retreat from the theater in which the IDF and the SLA had waged war together against the PLO and the Lebanese Shi’ites for more than 20 years.

He also has to apologize to the residents of northern Israel who are facing a terrible rocket threat from Hezbollah, which filled the vacuum that was formed after Barak’s hasty withdrawal.

Barak must also apologize for escaping on board the first available chopper after an accident that claimed the lives of five IDF special forces soldiers in a 1992 training session. Barak was IDF chief of staff at the time.

Turns out Ehud Barak has made many enemies in Israel, adding even more pizzazz to the country’s perpetual election campaign. Stay tuned. 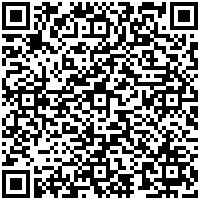