The Knesset Committee Chairman MK Nir Orbach (Yamina), on Monday morning raised the flag of rebellion against the powers that be in the Lapid-Bennett coalition government with an ultimatum: if there are no real moves to promote the Jewish outposts in Judea and Samaria (a.k.a. the “young settlement enterprise,” even though some of them are already doting over their grandchildren) – then he, Orbach, would not cut short the debate on the Electricity bill in his committee, which could then last three days due to resistance from the opposition. Orbach’s threat was a direct challenge to the Ra’am chairman of the Interior Committee, MK Walid Taha, who has been abusing right-wing MKs in his committee’s debates of the same law.


Orbach made the ultimatum on his own without coordination with Interior Minister Ayelet Shaked from his party. According to Makor Rishon and Srugim, there have been contacts to arrange a meeting on connecting electricity to the Jewish outposts with Defense Minister Benny Gantz later this week. The meeting was scheduled for two weeks ago and was postponed several times, among other things because Gantz had entered a quarantine.

Kipa reported on Monday that a conversation with Yamina party officials revealed that Orbach does not intend to give up in exchange for promises alone and hopes for a significant achievement. Yamina is hoping to obtain budgets for the settlement enterprise in Judea and Samaria, or a promise with a set date to help the young settlements on the humanitarian issue of electricity for the outposts.

Shaked has been arguing that the Electricity Act cannot be applied to the young settlements. “The public doesn’t know so much, but the law only applies to places where there exists a detailed plan. It does not apply to the Bedouin diaspora, this is a law that has existed since 2014 as a government edict and now it will become law.” She also noted that the beneficiaries of the new law “don’t sit with lanterns today. They are simply connected illegally.”

The Electricity bill is an amendment to the existing Planning and Building Law initiated by MK Walid Taha. The outline of the current law stipulates that the Interior Minister has the power to issue an order according to which buildings built before 2014 without a permit but are in an area where there are comprehensive plans, it’s enough that their detailed plans are approved for them to be connected to the electric grid even before receiving a final building permit – by order of Interior Minister Shaked.

There’s also the fact that the Taha version of the new bill allows dwellers whose homes had been slated for demolition to go ahead and connect to the grid, thus giving them an undeserved permanence and an escape from the shortened arm of the law. 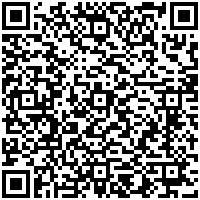