The Israeli fans who were caught in the confusion at the end of Wednesday’s World Cup game between the Moroccan and Portuguese teams told Israel’s Channel 1 News that the mixup was not over their Israeli flag – as had been initially reported by Channel 1. The fans – Aviran, Dudi, Eyal and Chaim – insisted they felt “only affection” for the Moroccan team throughout the game in which they sat in the stands with Moroccan fans.


The original news report was about fans of the Moroccan team attacked several Israeli fans at the end of the game And tried to snatch an Israeli flag with which one of the fans had wrapped himself. This attack supposedly took place at the end of the game, in which Morocco lost 0:1 to Portugal—and was knocked off the running for the next stage in the tournament—as some of the Moroccan fans were seen running towards the Israelis, pushing other fans in the stands trying to grab the flag.

Channel 1 reporter Mo’av Vardi even interviewed a number of Moroccan fans who told him they did not support the attack, but understood why someone might do it, because of—you probably guessed it—Gaza, the snipers, the blockade. Just what Vardi wanted to hear.

Except it was not true.

As Aviran, Dudi, Eyal and Chaim described it, “We were sitting in the stands behind the goal with Moroccan fans. During the game things were great. We took out flags and felt only affection. Everyone came and asked to take pictures with us.”

According to them, “At the end of the game, the Moroccan Captain came over to the audience, took off his shirt and threw it into the stands. All the fans began to jump on the shirt that went from side to side and landed right at our feet.”

“There was some big commotion,” the Israeli fans continued, “One of the fans, who was sitting next to us all the game, grabbed the shirt and with it the flag as well. He tried to extricate himself, which is why it looked like he pulling on the flag. The poor man was piled on by the other fans who pushed him until he fell off the stands and onto the grass.”

“It was really not about the Israeli flag,” they said. 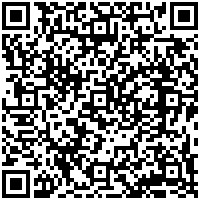