David Bar-Kapara, an Israeli farmer who was murdered by Arab terrorists during a violent robbery in 2015, was finally officially recognized as a terror victim after a three-year struggle.

The Defense Ministry announced on Tuesday that it had decided to recognize Bar-Kapara as a victim of hostile acts, reversing its previous decisions on the matter.

Bar Kapara, 70, a farmer from Moshav Pedaya in the center of Israel, was brutally beaten to death in June 2015 by a group of Arab workers in his vineyard.

Bar Kapara was able to call for help after the attack. Paramedics found him in serious condition with blows to his head and upper body. They evacuated him to the Assaf Harofeh Medical Center in Tzirifin, where he was subsequently proclaimed dead.

His family’s request to recognize him as a victim of terrorism was rejected twice in the past, but in light of new findings exposed in the court about the brutality of the incident, the ministry decided to reverse its decision.

His family stated that “after a day-to-day struggle for three and a half years,” they welcome the revised decision to recognize Bar Kapara’s murder as an act of terrorism. “For three and a half years, the family repeated the facts of the incident and turned to the police and the prosecution with difficult questions that remained unanswered. In a judgment [during the terrorists’ trial] a few months ago, the court emphasized that the murderers used extreme violence during the incident, especially after they subdued our father. The murderers did not stop beating our father in all parts of his body with endless cruelty with bricks and sticks.”

“Dear father. At the funeral, over your coffin, we swore that we would not rest until your murderers were brought to trial and that we would continue our struggle until you were recognized as a terror victim. Now, our bereaved family can begin to grieve and act to commemorate our father,” they added.

The two terrorists were captured in the village of Beit Lakia, near Ramallah, just two days after the murder.

They both admitted during their interrogation that they carried out the murder. They claimed that their intention was simply to rob Bar-Kapara, though the brutality of the attack proved otherwise. 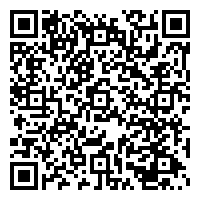