Preeclampsia (PE) is one of the most dangerous pregnancy complications, affecting 3–8% of pregnancies. It is the leading cause of maternal and perinatal mortality and morbidity, occurring in the second or third trimester (around week 20), and characterized by hypertension, kidney insufficiency, impaired liver function, pulmonary edema, and cerebral or visual symptoms.


PE is also called “the disease of theories,” as several culprits have been proposed in its development, including endothelial dysfunction, an inflammatory pathway, oxidative stress, and angiogenic factors disregulation.

It is commonly accepted, however, that the placenta has a central role in the pathogenesis of PE, whereby PE originates from poor placentation, which involves inadequate blood supply to the placenta leading to hypoxic environment. Therefore, although the cause of PE is not yet clear, it starts early on in the pregnancy, making its detection feasible at weeks 10 to 14.

“To this end,” the Israeli researchers wrote, “we performed small non-coding RNAs sequencing of 75 preeclampsia and control samples, and identified 25 transcripts that were differentially expressed between preeclampsia and the control groups.”

“Furthermore, we utilized those transcripts and created a pipeline for a supervised classification of preeclampsia,” they explained. “Our pipeline generates a logistic regression model using a 5-fold cross validation on numerous random partitions into training and blind test sets. Using this classification procedure, we achieved an average AUC (Area Under the Curve) value of 0.86.”

Their findings suggest “the predictive value of circulating small non-coding RNA in the first trimester, warranting further examination, and lay the foundation for producing a novel early non-invasive diagnostic tool for preeclampsia, which could reduce the life-threatening risk for both the mother and fetus.”

Small non-coding RNAs are a diverse family of untranslated RNA molecules which is part of the transcribed genomic output. 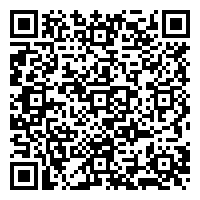