Aliyah and Integration Minister Sofa Landver (Yisrael Beitenu) on Monday told the Knesset Immigration, Absorption and Diaspora Affairs Committee that the largest concentration of Jewish people in the world is in Israel. More than six million Jews reside in Israel, compared with 5.7 million in the United States.

Committee Chairman MK Avraham Neguise (Likud) praised the Aliyah Ministry’s achievements and said Israel’s mission is to bring all of the world’s Jews back to their homeland.


Minister Landver appeared before the committee as part of “Government Work Plans Day” at the Knesset, during which several government ministers presented their offices’ yearly work plans to the relevant Knesset committees. The special day, an initiative of Knesset Speaker Yuli Edelstein (Likud), was held in conjunction with the Knesset’s KATEF unit for parliamentary oversight and the Prime Minister’s Office. The KATEF unit is headed by Dr. Shirley Avrami.

Minister Landver attributed her ministry’s success to cooperation with the Jewish Agency, organizations which assist olim (such as Nefesh B’Nefesh), and the local authorities.

“We invest a lot in encouraging Aliyah – we hold fairs in the countries of origin, offer potential immigrants personal accompaniment and assistance in their job search, studies and housing,” Landver said, noting that 2017 has seen a significant upsurge in the number of Jews immigrating to Israel, as well as the return to Israel of many former residents.

Director General of the Ministry of Aliyah and Integration, Alex Kushnir, emphasized that today Israel is home to the world’s largest Jewish community (more than six million Jews) followed by the U.S. (5.7 million), France, the UK, Ukraine, Russia and others. As of 2013, there has been a dramatic increase in immigration from the former Soviet Union.

Kushnir mentioned in this regard the expansion of online services for the oleh, the setting up of hundreds of classrooms for studying Hebrew abroad and the establishment of an online ulpan (intensive Hebrew school), as well as steadily growing exposure to the possibility of Aliyah for Jews still in the Diaspora.

Kushnir recounted the contact over the past year with 76,000 individuals eligible for aliyah, with whom there had been no connection up until now – an estimated 8,000 (10%) of whom are already in the process of making aliyah.

Since 2005, the number of new immigrant minors involved in criminal activities has dropped from 15.2% to a mere 4% in 2018, Kushnir reported.

About 70,000 young olim arrived in Israel over the past decade, and a significant increase has been recorded since the establishment of the Ministry’s Youth Division. In addition, the Ministry instituted preparatory programs for the IDF, ensured the provision of monthly financial assistance to about 5,000 olim, increased the number of olim who are academics (in 2016 – 6,735 students, and in 2017 – 6,901), and provided training courses for employment and work placement (84% of the olim who participated in the placement courses already work, and 66% of them work in their profession).

Kushnir asserted that 73% of the businesses that olim open survive after three years, while in the general population the statistic stands at only 58%. In addition, grants for elderly new immigrants and olim serving in the IDF reserve duty have been doubled, and the support for olim associations and organizations has been increased. In addition, information for the oleh on the internet is now available in the oleh’s specific language. 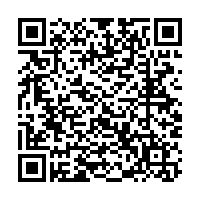