Jerusalem Arabs attacked a bus filled with Israeli seventh graders on Thursday night as they were riding back from the Mount of Olives after spending an inspirational visit at the grave sites of departed Torah sages on the eve of the Jewish New Year.

Miraculously, no one was physically harmed.


Approximately 40 girls were riding in the bus that was attacked, according to security officer Gershon Portnoy, who told JewishPress.com the targeted vehicle was one of five full buses with some 200 girls who had made the trip. The other four buses, unaware, had continued to Beit Orot where the girls enjoyed a musical activity.

But not so their fellow students, who were stuck in an Arab neighborhood between the Mount of Olives and Mount Scopus, inside a disabled bus with a smashed windshield broken by the rocks hurled in the terrorist attack, waiting for a replacement vehicle.

Portnoy, who was securing one of the buses, learned of the attack from one of the other drivers while waiting for the girls to finish their activity at Beit Orot prior to returning them to their school in Sha’alabim.

“I saw the bus,” he said. “The whole windshield was cracked.

“I think it’s important to note that every 100 to 200 meters on that stretch of road, there were two or three Border Police officers standing there — and yet this was not enough to prevent a stoning attack on a bus full of girls,” he underlined.

The road leading to the Mount of Olives, sadly, is indeed plagued with frequent attacks on Jews by Arabs in the area. There have been numerous complaints about the issue not only from locals but also from Jews who arrive from abroad, sometimes after having traveled 16 hours or more, specifically to lay their loved ones to rest at the ancient cemetery. It’s a very dangerous situation, to the point that few are willing to make the trip without an armed escort.

“It’s very crowded with cars parked on both sides of a narrow street,” Portnoy noted. “Jewish traffic, usually with funerals, is very slow, so they are like sitting ducks,” he said.

“It’s outrageous, just mind-boggling. How can the State of Israel, or for that matter, the city of Jerusalem, allow people to come here from around the world and not address a situation in which they’re attacked either on their way there (to the cemetery) or on the way back to the airport?

“The impotence of the Israeli police is front and center on this stretch of road more than anywhere else. There needs to be a curfew in place for the youths who are out and free to attack others. I saw them there.”

Portnoy also suggested a parking ban on at least one side of the street in order to improve the flow of traffic, adding undercover officers to crack down on terror attacks, and security cameras strategically placed in order to pinpoint perpetrators and provide evidence for convictions. 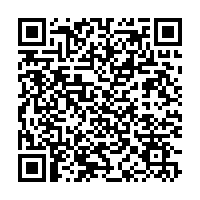