One of Israel’s the most prominent archaeologists, Prof. Dan Bahat, last week petitioned the High Court of Justice that it order the removal of the platform built for Women of the Wall and Reform and Conservative Jews wishing to pray in a mixed-sex setting, Kipa reported Tuesday.

Prof. Bahat, 80, known for his excavations at the Western Wall tunnels, told the court that “in order to satisfy a religious minority that has already refused to be satisfied four times, the history of the Jewish people is being casually trampled on.” He claims that the construction of the prayer platform at the Robinson Arch site is “damaging to the rare archeological findings at the site.”


Robinson’s Arch is the name given to a monumental staircase carried by an unusually wide stone arch, which once stood at the southwestern corner of the Temple Mount. It was built as part of the expansion of the Second Temple initiated by Herod the Great at the end of the 1st century BCE. The arch is named after Biblical scholar Edward Robinson who identified its remnants in 1838.

In recent years, the area next to Robinson’s Arch has been allocated to non-Orthodox Jewish worshipers, and a platform was built, at the government’s expense, to allow them to both pray in a mixed group and not clash with the Orthodox services at the Kotel Plaza.

The struggle to control the Western Wall’s real estate has traditionally pitted groups with opposite religious agendas, but Prof. Bahat is not known as a religious man and his petition to the High Court is not based on religious grounds.

Bahat has petitioned the court against the Israel Antiquities Authority, which approved the construction of the platform over its archaeological dig. The petition claims that the platform is harming the site below it, “which constitutes a window into Jewish history.”

In his petition, Bahat demands that the platform be removed immediately. He attacks the Antiquities Authority for what he calls its surrender to political pressures and considerations.

“The status of the IAA as an independent authority, disconnected from the government, assigns it the status of a gatekeeper whose role is to stand as a buffer between political, public or other considerations, and archaeological and scientific-professional. Despite this, the IAA made a clearly unreasonable decision based on outside political considerations while ignoring the professional considerations,” the petition argues.

Prof. Bahat predicts in his petition that, should the platform not be dismantled, the magnificent archaeological site he had helped expose would be destroyed, making “its very exposure a source of eternal lamentations.”

Where Am I: Name That Pool 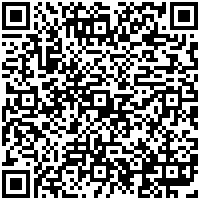