Do you think you’re familiar with every ancient stone and alleyway in Jerusalem? Think again, because you’re about to discover a whole other Jerusalem with magical sights and sounds never glimpsed before. Asraf’s film, produced especially for the Jerusalem Municipality, presents Israel’s capital in a scintillating new light.


After close to a year of documenting the city from every imaginable angle, capturing its breathtaking vistas, heartwarming scenes, and distinct music, Asraf’s creation is all set to go. Amazingly, the majority of the film was taken not by state-of-the-art cameras, but on Asraf’s phone and drones which lend us a bird’s eye view of the Holy City. He spotlights the sacred, quaint and chic. The Western Wall, Machaneh Yehuda Shuk and Mamilla Boulevard. World-famous tourist attractions next to lesser-known, charming niches that contribute to the timeless melting pot of Israeli culture and society. Viewers will be awed by Jerusalem’s glorious morning and glittering nights and revel in spectacular sunrises, sunsets, and changing seasons.

“Jerusalem is the center of the world,” says Asraf. “This was an incredible project that carried me throughout an entire year of inspiration. When the subject is a city like Jerusalem, emotions work over time, and the imagination can transport one to new vistas. Even though in the course of our photography much of our raw material was stolen, we embarked on a second run and were rewarded with awesome frames that were even better than before.”

Jerusalem Mayor Moshe Leon shares Asraf’s perspective: “Jerusalem is a drawing point for people everywhere in the world. It’s unique, exceptional. This film by Eitan Asraf draws from its vast spectrum, its distinct melodies, flavors, and charm to capture the essence of Jerusalem and tell our city’s complete story. I recommend this film to everyone. Watch, and allow yourself to be awed and inspired once again by our Holy City of Jerusalem.” 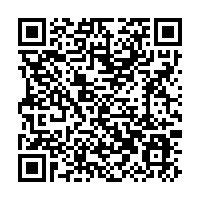